NewsPaperthe art of publishing
HomeNewsKimberly Ross: Thanksgiving Day reminds us how far America has drifted from...
0

Kimberly Ross: Thanksgiving Day reminds us how far America has drifted from the self-reliance of the pilgrims 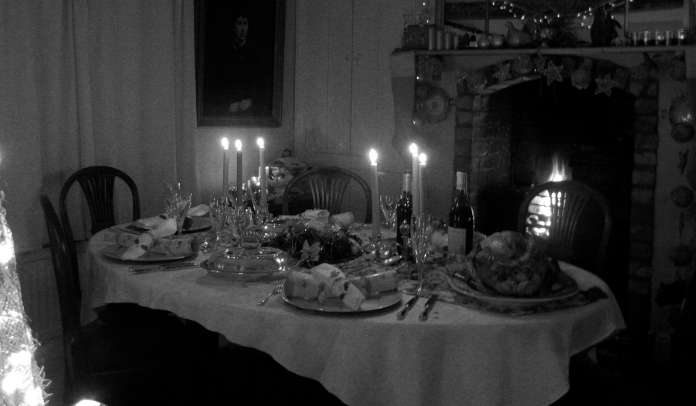 I dare say the pilgrims who arrived on this great land would not recognize the environment in which we officially celebrate a day of thanks once a year. No, I’m not speaking of the modern convenience-filled, sports-filled, preparing-for-holiday-shopping style frenzy that is the fourth Thursday of each November. I am speaking of that which has diminished as our country has grown. While the settlers of 1621 had faced, and would continue to face, unthinkable hardships, we face a deprivation of a different kind, but one of the home grown variety.

In surveying modern America, one might conclude that government has become King. According to data released by the Census Bureau this year, and remarking on the last quarter of 2012, the percentage of Americans receiving Federal government benefits of one form or another is a staggering 35.4 per cent. While not discounting that there are those who genuinely need the help which they are receiving, the truth is too many rely on government assistance. Many of those will then pass on the mindset of dependency to subsequent generations.

But I digress. We’re still a self-reliant people who believe in better limited government, instead of bigger government. As least we like to believe this is the case.

For their part, the early settlers certainly had the right idea about things, as far as self-governing and self-reliance goes. Somewhere along the way, however, we’ve exchanged that mentality and spirit for the cheap handout which concludes “because I want, I should have.” That outlook seeks to obtain what is desired regardless of repercussions, and, more importantly, regardless of where said subsidies come from.

William Bradford, a Governor of Plymouth Colony in Massachusetts, detailed many years in “Of Plymouth Plantation”, and realised the worth of remembering the struggle experienced by the pilgrims:

“..That their children may see with what difficulties their fathers wrestled in going through these things in their first beginnings, and how God brought them along notwithstanding all their weaknesses and infirmities. As also that some use may be made hereof in after times by others in such like weighty employments…”

To hold such firm resolve and desire to continue in establishing a new life, and new society, far removed from established support systems, says much of the plucky attitude the weary, early settlers possessed. One wonders now how the pioneers of those early days would react to a society in which too many look to government to be the solution to their own struggles. How very foreign it would seem to survey that regression. How ill they would be at the thought that the national debt increases by more than $2 billion per day. How many questions would be at the ready when realizing that the Patient Protection and Affordable Care Act (also affectionately known as Obamacare), which ushered in universal healthcare, took control of 1/6 of the entire U.S. economy. How enormous the hold of government, and its debt, on not just lives of the living, but on their children and children’s children. The definition of “difficulties their fathers wrestled in” has surely taken on a complicated tone, has it not?

On November 20, 2014, President Obama shared remarks on the executive action regarding immigration that he would take. “My fellow Americans, we are and always will be a nation of immigrants. We were strangers once, too. What makes us Americans is our shared commitment to an ideal -– that all of us are created equal, and all of us have the chance to make of our lives what we will.”

The connection the President made from our founding and its promise, to acting single-handedly on something as large as immigration, was an uneasy one. There is something so very powerful about desiring a break from what is known, and seeking something new in a land that you’re unfamiliar with. The pilgrims of our founding did this with a self-reliance that far outweighs any current definition, and set a mark for what it truly means to be a trailblazer.

The celebration of America’s thankfulness will once again commence with only minimal discussions of the reason for such a day. The modern celebrators may remark on our founding and how far we’ve progressed, but will be missing an important factor. The realisation that for all our contemporary gains, we’ve lost something. The reminder that escaping from the established to the unknown was made possible by individual determination, reliance on one’s self, and the realisation that government does not make great a country or its people.

Share
Facebook
Twitter
WhatsApp
Email
Previous articleBelinda Brown: Women as combat soldiers? We don’t need an equal opportunity to kill
Next articleReader’s Comment of the Day: Gay marriage strikes at the heart of the traditional family