NewsPaperthe art of publishing
HomeNewsKyoto, Paris and a total failure to cut CO2
0

Kyoto, Paris and a total failure to cut CO2 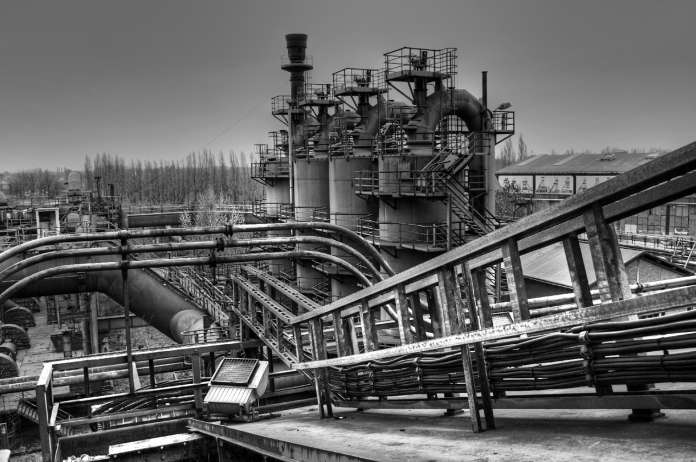 Today we are publishing the second in a series of articles researched and written for The Conservative Woman by leading economist Ruth Lea. In the first she discussed the futile gesture politics of the UK’s new zero carbon policy. Here she focuses on the various United Nations initiatives that form the backdrop to the UK’s misguided decision-making.

In a recent note for The Conservative Woman, I described the UK’s all-but unilateral zero emissions target as ‘futile gesture politics’. In this piece I discuss the main international (UN) initiatives to ‘control’ climate change by curbing CO2 emissions, concluding that despite the rhetoric neither the Kyoto Protocol nor the Paris Agreement have succeeded, or will succeed, in reducing global emissions. In a future note, I shall consider the UK’s specific initiatives to decarbonise in a world that clearly shares little of our zeal.

According to the UN’s own website, ‘climate change is the defining issue of our time and we are at a defining moment’, and the UN has strongly promoted policies to ‘mitigate’ climate change by controlling greenhouse gases (GHG) emissions over the past 30 years. The most important of these GHG emissions, by far, is carbon dioxide (CO2).

The first major UN initiative was, arguably, the establishment of the Intergovernmental Panel on Climate Change (IPCC) in 1988 by the World Meteorological Organisation (WMO) and UN Environment Programme (UNEP), which was later endorsed by the UN General Assembly. The IPCC’s remit was to provide ‘objective’ information on climate change, though its objectivity has been, to put it mildly, questioned. Since then three UN legal instruments relating to climate change have been agreed:

1 The UN Framework Convention on Climate Change (UNFCCC), produced by the UN’s Rio ‘Earth Summit’ in 1992. This was a ‘first step in addressing the climate change problem’ and its ultimate objective was to stabilise greenhouse gas concentrations ‘at a level that would prevent dangerous anthropogenic (human induced) interference with the climate system’.

2 The Kyoto Protocol, which ‘binds developed country Parties to emission reduction targets’, was adopted at the third Conference to the Parties of the UNFCCC (COP 3) in 1997. The Protocol’s first commitment period was from 2008 to 2012, whilst the second commitment period began in 2013 and will end in 2020.

3 The Paris Agreement, agreed at the 21st Conference to the Parties of the UNFCCC (COP 21) in 2015, ‘to combat climate change and to accelerate and intensify the actions and investments needed for a sustainable low carbon future’.

Now it is not the purpose of this note to challenge the assumption of the causal link between global GHG emissions and global warming: I am not a climate scientist. The purpose is to see if the Kyoto Protocol and the Paris Agreement have succeeded, or will succeed, in reducing, or even stabilising, emissions. As already indicated, it is clear that they have not, and indeed will not.

At the heart of the Protocol was the division between Annex I, western industrialised countries, and the ‘developing’ Annex II countries, including China and India. Broadly speaking, most of the Annex I countries were expected to reduce their GHG emissions between the 1990 baseline and the 2008-2012 commitment period, whilst the Annex II were exempt so their economies could ‘catch up’ with the West. Developed countries were, therefore, expected to make significant cuts, whilst developing countries were free to increase in emissions with impunity, which of course they have done. The Annex 1 countries included the EU 15 (as it then was), the US and Canada. The EU agreed to an 8 per cent decrease in emissions between 1990 and 2008-2012, whilst the US failed to ratify the Protocol and Canada announced its withdrawal in 2011, leaving the EU as the major emitter with an emissions reduction target. According to the European Commission, the EU and its Member States met their commitments under the 2008-2012 commitment period.

A second commitment period for Annex I Parties to the Kyoto Protocol was agreed at the Doha Conference in 2012. The EU countries (together with Iceland) agreed to meet, jointly, a 20 per cent reduction target by 2020 compared with the 1990 baseline. This was in line with the EU’s own target of 20 per cent by 2020. The EU was joined by ‘some other European countries (including Switzerland and Norway) and Australia’ in curbing emissions, but not, of course, by the US and Canada, whilst the Annex II countries remained exempt.

As I discussed in my recent TCW note, CO2 emissions have risen significantly since 1990. The global total rose by nearly 60 per cent between 1990 and 2016, whilst China’s more than quadrupled and India’s quadrupled over the period. China and India are now the world’s first and third largest emitters. Of course, these countries should be free to pursue growth and in the ways in which they consider appropriate. But the rapid growth in their emissions has comprehensively and clearly undermined Kyoto’s objective of ‘strengthening the global response to climate change’.

The million-dollar question concerning the Paris Agreement is whether it will be more successful than Kyoto in achieving its objective of ‘combating climate change’ by curbing GHG emissions. The omens are not good.

According to the UN, the Paris Agreement ‘brings all nations into a common cause to undertake take ambitious efforts to combat climate change and . . . as such, charts a new course in the global climate effort’. Moreover, the Agreement’s ‘central aim is to strengthen the global response to the threat of climate change by keeping the global temperature rise this century well below 2 degrees Celsius above pre-industrial levels and to pursue efforts to limit the temperature increase even further to 1.5 degrees Celsius’. These bold ambitions seem adrift from reality.

Before the 2015 Paris Conference, participating countries were asked to submit their ‘Intended Nationally Determined Contributions’ (INDCs), now their ‘Nationally Determined Contributions’, covering their energy policies and emissions expectations for the next 15 years. These were to be countries’ individual ‘Climate Action Plans’, setting out in detail how they proposed to meet the aims of the proposed Agreement in the years up to 2030. As with Kyoto, there were two groups of countries. The first category comprised the developed Western countries, which would agree to significant emissions cuts, as well as paying into a new ‘Green Climate Fund’, designed to assist the developing world, the second category. The developing world would do their best to curb their emissions from fossil fuels and expand ‘renewables’.

Analysis of the INDCs showed that almost all of the high-emitting developing economies expected to raise their CO2 emissions significantly by 2030. Both China and India, for example, were intending to build large numbers of coal-fired power stations, resulting in a doubling of China’s emissions by 2030 and a trebling of India’s emissions. Moreover, Russia, the fourth largest emitter, was proposing to increase emissions substantially, whilst Japan, the fifth largest emitter, claimed it intended to cut emissions by around 15 per cent, whilst planning to build more coal-fired power plants. The INDCs suggested that global remissions could be nearly 50 per cent higher in 2030 than in 2013, though the actual increase could turn out to be far higher than this.

The countries prepared to cut their emissions principally comprised President Obama’s US, the EU, Canada and Australia. Following President Trump’s decision to withdraw from the Paris Agreement in 2017, we are left with the EU (now less than 10 per cent of total global emissions), and Canada and Australia (less than 3 per cent together). Specifically, the EU committed to reduce GHG emissions by at least 40 per cent by 2030 compared with 1990, under its wider ‘2030 climate and energy framework’.

Assuming a causal link between GHG emissions and climate change, mitigation policy can work only if there are caps on GHG emissions – and caps on global emissions at that. Whilst there have never been any caps on any countries’ emissions relating to a global target for emissions reduction, Kyoto did, at least, place some actual caps on the emissions of developed countries (as discussed above). The Paris Agreement did not even do that. The Paris Agreement’s objective of ‘combating climate change’ is doomed to failure.