La Dolce Vita is over for Italy’s Europhiles 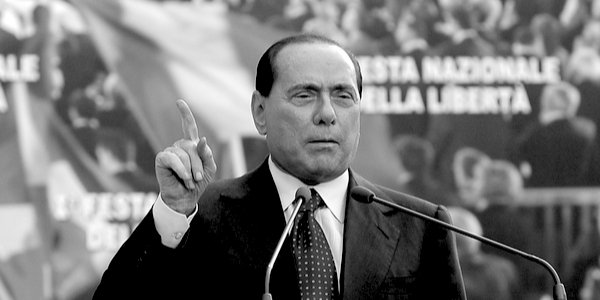 Much is unclear about tomorrow’s Italian general election. A baroque electoral system makes the outcome unpredictable, especially if the turnout is low. Moreover, no opinion polls are allowed in the last weeks of campaigning.

But the main loser seems obvious. The ex-communist Democratic party, the main party on the Left, will find it hard to stay much above 20 per cent of the vote. It was the instrument designed to keep the Italian public’s once-passionate love affair with the EU alive. Great hopes had been invested in its swashbuckling leader Matteo Renzi, who at the age of 39 became Italy’s youngest Prime Minister in 2014. Brussels hoped that he would still the mounting tide of revolt against the established parties. He would introduce technocratic changes supposed to make Italy more competitive. Meanwhile, the political system would be adjusted to centralise power in the hands of supposed modernisers like him.

But he was turfed out of office 15 months ago though not before ensuring that a still communist-minded member of his party, Federico Mogherini, became the EU’s foreign policy chief. Renzi is the kind of dashing bounder to be found in the twilight era of the European parliamentary Left. He had absolutely no intention of upsetting the pyramid of power in the EU by demanding root-and-branch reform of the single currency, the euro.

In none of the 19 eurozone members is hostility to the currency as intense as in Italy, where it is widely seen as a successor to the German mark. The rate at which the euro is pegged on the currency markets suits Germany but is ruinous for Italy’s once-vibrant textiles, light engineering and fashion industries.

In the decade up to 2016 Italy’s GDP shrank by 8 per cent (while Britain’s grew by 8.2 per cent). Youth unemployment by then was nearly 40 per cent. Public debt had reached 135 per cent of GDP, the third highest in the world.

Of course, it is not just the EU which is responsible for a depression, bordering on hopelessness, that has caused a huge emigration flow among the country’s youth. Thanks to the survival of the ex-communists and the rise of the slick and shameless trickster politician Silvio Berlusconi, much-needed reforms were postponed or drained of content. Corrupt and inefficient practices continued and a deep gulf grew between the elite and those unprotected Italians who did not have a patron in the system to whom they could turn.

Tomorrow, it is virtually certain that the vested interests which fed off the Italian state and benefited enormously from EU largesse will receive a bloody nose. Times will be much harder for them. But it is unclear whether any viable alternative to the rule of oligarchical cartels will emerge.

Three parties are supposed to represent change. In electoral terms the Five Star Movement (M5S) is the main one. Founded by a shrewd former counter-cultural comic, Beppe Grillo, it has articulated the rage of the growing number of victims of the Europhile establishment of insiders. Not so long ago, its most distinctive slogan was Vaffa (f**k off). It has a ragbag of policies and stances, some thoughtful, others idiosyncratic. Its activist base transcends Left-Right lines. It is making big strides in the south of Italy, a region previously sewn up by establishment forces.

Transfer funds from the EU used to make the economically peripheral south pro-EU. But now the EU is associated with a soft or indulgent approach to the arrival of several million economic migrants and asylum-seekers. Italy has received by far the bulk of these newcomers. Talk of population replacement is not far-fetched in areas such as around Naples where migrant ‘no go’ zones are growing. The rest of the EU shows scant concern about Italy being on the front line of this demographic invasion, so it is no surprise that backing for the entire EU project has plummeted in Italy.

The fiercest opponent of uncontrolled immigration has traditionally been the Northern League (the Lega). It sprang up thirty years ago as a militant foe of misrule from Rome. It distrusts the state and is very territorially-minded, with important elements backing outright secession from Rome. However, with the rise of a new leader, Matteo Salvini, there is now a markedly different approach. The centralist octopus in Rome is no longer the chief enemy. Instead the threat of invasion sponsored by Brussels and Merkel in Berlin eclipses old concerns. The Lega is now seeking support across Italy and has shelved its previous anti-southern rhetoric.

Both the Lega and the M5S are genuine foes of the status quo. The role of Silvio Berlusconi is ambiguous to say the least. Now aged 80 and disqualified from returning to public office soon because of a criminal conviction, he is projecting himself as the moderate voice of change. His choice for prime minister, Antonio Tajani, is a veteran of the mogul’s party Forza Italia. Tajami is currently President of the European Parliament and believes Britain’s bill for exiting the EU ought to be at least €60billion. It is no wonder that the Italian television networks are lionising Berlusconi despite his dubious –some would say black – record as a three-time prime minister.

Berlusconi is a rogue insider posing as an outsider. Sunday’s elections will not sweep away traditional forces but they are likely to be seriously weakened, not least the ex-communists of Renzi. The national political stage will witness more attempts to confront the EU and a sense of crisis in beleaguered communities up and down the Italian peninsula will foil any recovery by the old order.