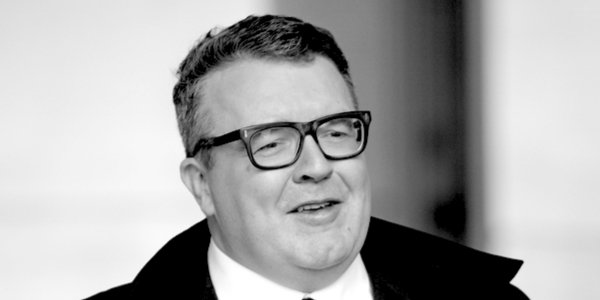 I never thought I would be inspired by the words of Tom Watson, or indeed anything I might read in the Guardian. But it was there on Wednesday and I was indeed impressed. Tom Watson, notorious attack dog of the Labour opposition, has achieved a miracle. He has shed seven stones of excess weight in just one year, and he did it all on his own. Without medical or state intervention, he has managed to reverse his Type 2 diabetes death sentence. Well done, Tom! He looks and feels like a new man.

How did he do it? You might be inclined to think, as I was, that it must have been one of those NHS-inspired (and funded) Healthy Eating Campaigns. Or charity-driven marathon running. Not at all, it appears. He did it by taking personal responsibility for his own health. Changing his diet (he claims he had become a sugar junkie) and taking serious exercise. Having come down from 22st, he can enjoy the swimming pool with his kids, and also has a ‘clearer mind’. (What does that tell you about Labour Party policies and tactics . . ?) This is pure Jordan Peterson – ‘tidy your room’ – ie get yourself together and sort yourself out. A terrific role model.

Except this is unlikely to sit comfortably with Labour ideas. The guy did it all privately. Maybe a gym subscription, even a personal trainer, but not via the NHS.

This has led me to consider the workings of the NHS, just one of the many UK institutions which are seriously losing their way. According to its website, the NHS was created out of the ideal that good healthcare should be available to all, regardless of wealth. When it was launched by the then minister for health Aneurin Bevan on July 5, 1948, it was based on three core principles:

· That it meet the needs of everyone

· that it be free at the point of delivery

· that it be based on clinical need, not ability to pay.

I am very grateful for the welfare benefit of the NHS and other services. As a child in the early 1950s I was rescued from the development of TB, and secured a place at grammar school, whereas my grandmother died prematurely from TB in the 30s, so my mother had to forgo a grammar school scholarship to keep house.

Yes, the NHS has achieved amazing things, but it is now reaching a tipping point. Seventy years on, needs have in many cases been redefined as wants, and the concept of clinical need has taken on an ever-widening definition. And much more seriously, there are now many more takers than givers.

According to official figures in the Survey of Personal Incomes, 31million UK citizens pay income tax/NI out of a population of 66.57million, which indicates that fewer than 50 per cent are contributing financially to the national healthcare service. It doesn’t matter that many of those who don’t are children or pensioners – they are major users of the service, and it’s the other 47 per cent who have to fund this. Even more alarming, the official population statistics have been challenged by supermarket chains who reckon that the real numbers must be between 77million and 80million. And all those extras will, you can bet your boots, be using NHS services. As well as all the non-UK citizens who regularly fly in for maternity services, cancer ops, HIV treatment and all the rest, and fail to pay up.

With the democratic principle of one man, one vote, it’s obvious where this will lead: totally unsustainable demands on an already underfunded institution. As well as the underfunding, it’s the expansion of services that alarms me. A young GP told me not so long ago that his GP father had to deal with the diseases of poverty whereas his own work was all about the diseases of affluence. Of course, the NHS is there to deal with disease, infection, accidents, emergencies, childbirth, mental problems – caring and coping like the volunteers of a hundred years ago. But just think about what staff and resources are having to cope with now, increasingly skewed to the self-inflicted problems of affluent Western society:

Where does it all end? Well, actually in the depleted coffers of the NHS, where lifetime contributors like one of my friends, urgently in need of hip surgery, are regularly put off until they are too old to be considered able to cope with the demands of surgical intervention.

The achievement of Tom Watson is that he did it by himself. Any support he enjoyed – trainer, gym, diet – made no demands on the state. Oh, if only the myriad self-harmers listed above would listen to Tom Watson and Professor Peterson, and accept personal responsibility. State intervention isn’t working, indeed it could be making things a great deal worse. Therein lies the tragedy of the NHS, free at the point of delivery.

If the UK healthcare system were insurance-based – ie have a risky life-style and cough up the necessary premium for your care – the nation’s health would dramatically improve. And isn’t that the whole point of healthcare? Something that the socialists (including Tom Watson) will never admit to.

But I can imagine Professor Peterson saying ‘Gotcha’! You can hear him talking about the need to take personal responsibility for your life here: