Labour finally wakes up to the menace of Red Ken 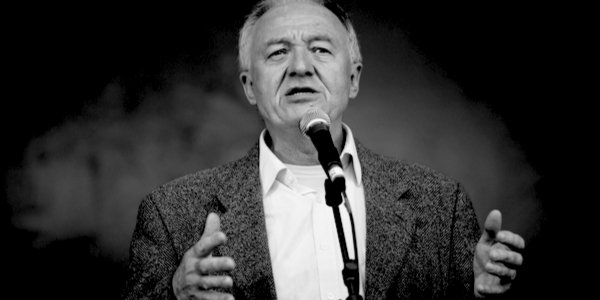 Great minds think alike, but one of them thinks first.

It has taken the Labour party almost a year to arrive at the same conclusion I drew about Ken Livingstone’s temporary suspension from the party over remarks widely regarded as anti-Semitic.

Livingstone was suspended from Labour last year for 24 months, backdated to when he made the remarks. Last April, I stated:

‘Labour found that Livingstone had brought the party into disrepute by his words. However, Livingstone has not apologised for what he said and stands by it. Logically, this means that so long as he does not recant, he is in effect continuing to bring the party into disrepute by the party’s own standards. There is no end to Livingstone continuing to do this. However, his suspension comes to an end in little over a year. The inference has to be that Livingstone’s version of history is, in effect, accepted by Labour with a procedural show of a time-out in a sin-bin of sorts as a public relations gimmick and little more.’

It is possible that there were some in Labour who finally worked this out for themselves, or, as one Labour MP has admitted in a tweet that seems to have been deleted, they read The Conservative Woman.

On Thursday, the outgoing general secretary of the Labour Party, Iain McNicol, exercised his prerogative to suspend Livingstone indefinitely until there was a proper internal inquiry into his conduct. Certain inferences might be drawn from the fact that McNicol, who it is reported was forced out of his position by Corbynites, suspended Livingstone as his final act in the job.

It was also revealed that there has been lobbying for the suspension to continue, with Labour MPs threatening to quit the party if this did not happen.

The driver for all of this seems to have been the May local elections, which are to take place a few days after an unrepentant Livingstone’s suspension was originally to have been lifted. There could have been a blaze of publicity that would expose Labour’s culture of anti-Semitism all over again at a rather sensitive time. Livingstone has somewhat compounded the offence he caused by appearing on an Iranian state television YouTube channel aimed at British audiences in a programme that questioned whether ‘the Holocaust had been exploited to oppress others’, and suggested that the ‘Shoah had become an industry’. Iran is one of the centres of Holocaust denial, with its previous President openly disputing the Holocaust and even hosting a conference for denialists.

Livingstone has yet to recant his words suggesting Hitler supported Zionism, based on what appears to be a deliberate misreading of history. It was not ‘supporting Zionism’ to persecute German Jews to the extent that they wanted to sell up and emigrate from a modern Western country where they had good and gainful employment to become rural settlers in what was then an undeveloped portion of the former Ottoman empire. This was in effect a bloodless pogrom at the time; the bloodletting would follow. Zionists were striking a deal with the Nazi-controlled government only because of the official German national policy of anti-Semitism. To state that anti-Semites such as the Nazis supported Zionism is anti-Semitic.

It is difficult to see how Livingstone will come back from this to full membership of the Labour Party, even one now utterly dominated by fellow-traveller Corbyn and his politburo, without causing a public relations disaster with electoral impact. If Livingstone does not return to Labour, this is a rather ignominious end to what has been quite a successful political career.