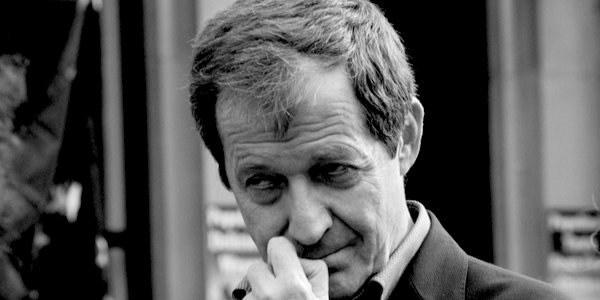 ARMED only with his boundless optimism and politically incorrect bon mots, Boris Johnson is an unlikely insurgent. Yet on Tuesday we read that ‘Britain is in a moment of peril . . . Brexit and now Johnson have delivered what amounts to a Right-wing coup.’

Blimey. Not only that, Boris’s insurrection ‘is using the votes of the people in a referendum three years ago to drive through a “more Thatcherite than Thatcher” agenda’.

We should be so lucky. And there was more: BoJo is ‘a prime minister symbolic of the post-truth, post-shame Trumpian era’.

The outspoken critic, and incongruous arbiter of truth and shame, was former Blairite ventriloquist Alastair Campbell – the political paragon who oversaw the dodgy dossier used to justify the invasion of Iraq and whose vicious vendetta against Andrew Gilligan and the BBC claimed Dr David Kelly as a collateral casualty.

Those quotes came from an open letter to Jeremy Corbyn, the full text of which appeared in The New European, the Brexit-Blockers’ bible of which Alastair Campbell is editor-at-large. Campbell had landed in the soup after he admitted voting LibDem at the recent European election; however, he will no longer challenge his expulsion from the Labour Party because ‘the culture you have helped to create has made the party one that I feel no longer truly represents my values, or the hopes I have for Britain’.

Alastair told Radio 4’s Today programme that his former party has been ‘taken over’ by ‘communists and Stalinists’, while the government is now ‘unbelievably Right-wing populist’ – if only.

Former government communications adviser under Tony Blair, @campbellclaret claims the Labour Party has been "taken over" by "communists, Stalinists" and the party is "asleep at the job" #r4today

Former Labour press secretary @campbellclaret brands the Conservative Party as "ruthless" and says the UK is heading to a "very dark, dangerous place with an unbelievably right-wing, populist government" unless Labour does "far more" to stop it #r4today

Stuck in the middle, Campbell correctly calls those clowns to the Left of him but misrepresents the joker now leading the Right: contrary to the contemporary caricature, Boris is and always has been a metropolitan liberal who leans only slightly Right of centre. Nonetheless, angry Ally now demonises and attacks anyone who is not alongside him on the barricade against Brexit.

Whereas most of the elected politicians who served in the Blair government have long faded away, it is extraordinary that the one-time Party Puppeteer is the New Labour ghost who continues to haunt television studios and radio stations. Much of the mainstream media remains in thrall to the extent that on Tuesday the dented pride of our Ally was treated as a major news story.

In addition to the aforementioned appearance on Today, the ubiquitous Campbell discussed his party membership on BBC Breakfast . . .

Alastair Campbell tells #BBCBreakfast why he's written to Jeremy Corbyn saying he no longer intends to fight to be readmitted to the Labour Party ⬇️@campbellclaret @UKLabour @jeremycorbyn #Politics @BBCPolitics pic.twitter.com/3UTPDcC2bd

Alastair Campbell: "There comes a point where Jeremy Corbyn has to look deep into himself and say 'can I do this job?' Look at the days since Boris Johnson became Prime Minister. Where the hell have the Labour Party been?"@JuliaHB1 | @CampbellClaret | @JeremyCorbyn pic.twitter.com/pVprZ5xgYf

. . . and enjoyed a cosy chat with LBC’s rabid Remainer James O’Brien, whom Campbell described as an interviewer from the ‘top drawer’.

Back to back best radio interviewers- done @mrjamesob and now coming up @Emmabarnett 5 live. Sorry to all the others but they are top drawer as we say in football

Watch Alastair Campbell tell James O'Brien the clique around Jeremy Corbyn is made up of "stalinists" and "ex-communists" and Labour's handling of anti-Semitism has "made decent people think they're extremists".@mrjamesob https://t.co/JRBD2DIkGM

See, Alastair does possess a sense of humour. One almost expected him to turn up on Tuesday’s Loose Women. Instead, the omnipresent Campbell had an audience with a screw-loose woman, Sky’s Kay Burley.

From 7:00 the prickly pair united in Leftist lament when Campbell complained ‘how hard it is to win power in this country coming from the Left’. ‘It was ever thus,’ sighed Kay, ‘it’s always been harder for Labour to win a general election, has it not, than the Right-wing of the country.’

Which is of course a grotesque inversion of the truth: the parliamentary boundaries have for decades skewed the electoral calculus to the Left; it remains the case that ‘Labour will go into the next election with a built-in, and quite unfair, electoral advantage’.

However, the day’s hot topic was not winning the next election but Labour losing Alastair Campbell. In his open letter Campbell had written: ‘The future of the country is a million times more important than my membership of the Labour Party.’