NewsPaperthe art of publishing
HomeNewsLabour’s cynical drive for votes at 16 and the myth of the...
63 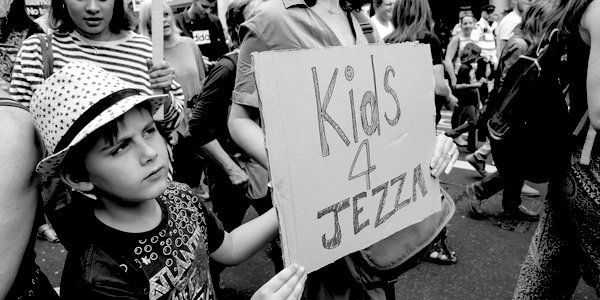 I’m sure most readers will be aware of the term ‘gerrymandering’, which describes the manipulation of voting boundaries to secure an advantage at the polls. The original misuse took place in Massachusetts in 1812, and today in the UK the independent Boundaries Commission undertakes the duty of redrawing constituency boundaries along existing council wards to contain a roughly equal number of people. This eliminates the possibility of a political party gerrymandering the boundaries, although it hasn’t stopped the Left cynically alleging that it is the Conservatives who are behind the latest changes.

But cast your mind back to the last election when the Tories performed so poorly and Labour did better than expected.

In the aftermath the pollsters, licking their wounds, sought to work out how they got it wrong again. One explanation quickly became prominent: Jeremy Corbyn had mobilised previously disengaged young voters, who had turned out in droves to vote Labour. The implausible claim that youth turnout was 72 per cent was widely reported, though without any apparent source.

The event got so many people talking about a ‘youthquake’ that it became the Oxford English Dictionary’s 2017 word of the year. But all is not as it appeared immediately after the election.

The British Election Study, published a few days ago, found that the ‘youthquake’ explanation was much too hasty. There was no surge in youth turnout at the 2017 election.

The analysts write: ‘Below, we graph the relationship between age and turnout in 2015 and 2017. In both elections, older people are much more likely to have voted than young people and the age-turnout relationship barely changed between 2015 and 2017. The shaded grey areas represent the margin of error that surrounds the estimated level of turnout at each age. There is no evidence of a surge in voter turnout amongst the youngest eligible voters (indeed turnout in the youngest age group is actually slightly lower in our 2017 survey).

‘There was likely a small increase in turnout across a large age range, with a slightly larger rise for those aged 30-40. The margin of error means that we cannot rule out a small increase (or decrease) in youth turnout in 2017. We can be confident, though, that there was no dramatic surge in youth turnout of the sort suggested by some other surveys. In short, there was no “youthquake”.’ 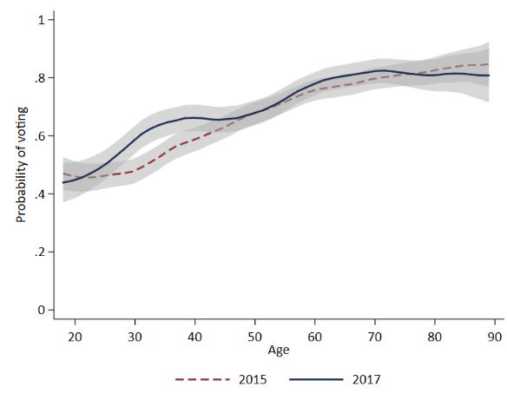 This survey is still less than a week old and it would seem that Labour’s and Momentum’s policy units haven’t read it. They are still convinced of their leader’s appeal to the young, and that the young will turn out to vote for them. No wonder, then, that they are pushing for a lowering of the voting age to 16!

Labour are campaigning to lower this voting age with a disingenuous list of reasons, most of which are easily countered. For instance, at 16 you can join the Armed Forces – they don’t say you need parental permission. At 16, you can get married – again omitting that you need parental permission. The fact remains that in the UK children are not considered to be adults until the age of 18.

There is one reason and one reason alone why Labour want to lower the voting age, and that is because they believe that they will win the young votes. That is no different at all to the gerrymandering of 200 years ago.