NewsPaperthe art of publishing
HomeNewsLakeland waters are colourless – and classless
0

Lakeland waters are colourless – and classless 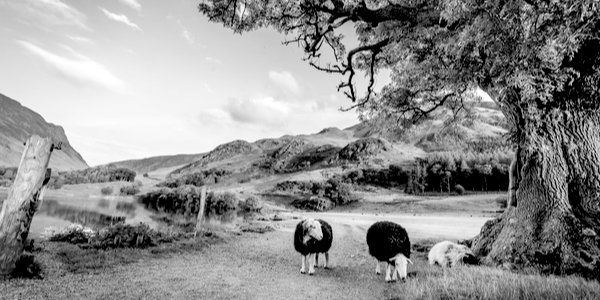 YOU might have thought that the attractions of our countryside were beyond politics. That our hills, moorlands and forests were a politically neutral space. But, it seems, you would be wrong. Identitarianism, the obsession of the Left and of so many of our institutions, has now reached into our national parks. Richard Leafe, head of the Lake District National Park Authority, has opined that the number of visitors to his park is ‘deficient in terms of black and minority ethnic communities’. He also notes that younger people are less likely to visit and that there is an apparent over-representation of the middle classes.

Mr Leafe’s comments follow a government report in September 2019 which tells us that people of black or Asian heritage seem less likely to visit the parks.

I’ll leave aside issues about why you might not see so many younger people in the countryside. It’s a loss to them, but they have time to acquire an appreciation. Many people come to love the natural world as they gain a few years.

But the horrible obsession with ethnicity is a concern. Why ethnicity might (if it really is) be a factor in how likely someone is to go to a national park, I don’t know. Nothing in my experiences as a hill walker gives me any clue.

When much younger I loved the Lake District fells. Carrying my kit on my back, I would camp out for long weekends in the wilder corners (probably breaking all sorts of rules) in a bivvy bag, little more than a weatherproof sack. It was glorious freedom. On the right day, in the right place, you could walk for hours, not just not seeing another human being but not even seeing anything manmade. No roads or buildings, the spell of wilderness broken only by the occasional dry stone wall or plane flying overhead.

I certainly never noticed any ‘keep out’ signs, warning other races that they were not welcome. And despite years spent among walkers, fell-runners and climbers, I never met anyone who didn’t  believe that our national parks shouldn’t be enjoyed by all who wanted to.

It’s right that the responsible authorities make sure our whole public understand exactly what treasures we have. They are there for everyone. But those authorities are not there to perform clumsy social engineering. It’s a simple fact that cultural groups sometimes differ in their rates of participation in different leisure activities. That’s how cultures work. As a white Londoner, I can think of plenty of cultural events I have attended where my own ethnicity has put me in a minority. (Sometimes a tiny one.)

To break down the number of visitors to wind-blasted Cumbrian summits or remote Exmoor bogs by skin colour is crude and distasteful. Lumping people together in such a way usually is, unless there is a very clear reason to do so. But there isn’t. There are no discriminatory barriers on the footpaths into the hills. And I don’t see how you can make a mountain top more ‘relevant’ or appealing to anyone by taking account of their ethnicity. Though I can imagine how the identity commissars would make a nice living by pretending that you could.

Claiming that the Lake District is ‘weighted’ towards whiteness or the middle classes is ridiculous. Mountain tops and Lakeland waters carry no weighting. They are colourless and classless.

I like the idea that anyone, irrespective of background, might love our beautiful places. Sharing these things with others, despite any superficial differences we might have, is a pleasure. But this doesn’t justify our being lectured, patronised or put into identitarian boxes by those who have no real idea themselves about why some may or may not want to come. Show me evidence that anyone is being genuinely prevented from visiting our countryside because of their racial or class origins and I will join in the outrage. But we don’t need pious nonsense that only exacerbates social divisions.

Geographical features are indifferent to the backgrounds of their visitors. They simply don’t care and as long as you don’t litter, pollute or inconvenience others, neither should we.