Lament for the ladies-only changing room 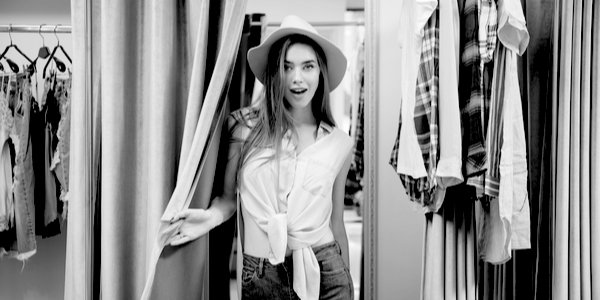 AT the weekend I had my first experience of ‘gender neutral’ fitting rooms. I was with my daughter and we were in Primark. An attendant was permanently in position – a new cost of this policy perhaps, and I would say certainly needed.

As my daughter disappeared behind a curtain into a cubicle, and I stood out in the long corridor alone, I reflected upon what we had lost. Not a huge amount perhaps – I cannot pretend the old female-only fitting rooms were a place to meet new friends and discover new interests. But there was always a quiet camaraderie. There would often be someone standing lost in thought in front of the mirror. Sometimes she might just have her underwear on and be quickly changing garments – why not? Every now and then you would be asked for advice. Would this or this look better at her son’s wedding? You might offer a compliment – ‘That looks amazing’ – or ask for a tip: ‘Where did you get that?’ There would a flurry of exchange and laughter. Small snatches of discourse reflecting our shared concerns and lives, now banished behind the curtains in the interests of the brave new unisex world. The evidence at Primark was that it will be a colder and less friendly world. There was not a soul in the shared space.

And where were the gaggles of teenagers? Teenage girls love to shop. They should have been spilling out of cubicles, some in, some out, tops half on, half off. Shyness and laughter. But that is not safe any more.

My guess is that men don’t like it either. The great majority of people do not want to cross ancient boundaries. My daughters are becoming teenagers. We live in London. I had assumed that gaggles of teenagers, shopping, and laughter, would be ‘a thing’. Perhaps it won’t be.

My daughter wanted to me to grab a few more things from the shop floor. I hesitated to leave her alone. It hadn’t crossed her mind that we were not in a private female space. She called out to me about clothes and female stuff. The assumption that she and I were in a private and feminine space probably bubbles up from the female soul – an expectation of privacy respected since we became human. I left her with her innocence as there were few people about.

It may not be earth-shattering, but I don’t think we should understate what we are losing. To go out shopping, to exchange a few friendly words with other women, perhaps in a cafe, or in the fitting rooms, or at the till. If you live alone, to come home having spoken and smiled and been seen. These might be snatches, but they could be the snatches that hold people up. We live in an increasingly lonely and isolated world. Elimination of sex boundaries makes it worse, not better.