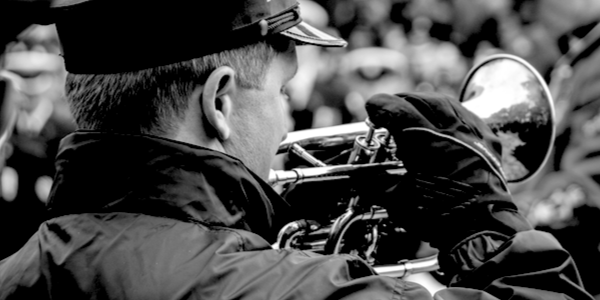 OUR elites have passed serenely through boredom to decadence. It comes with the metropolitan territory, advertises their status. They’re clever too, in a cunning sort of way. It’s a lethal combination, and needs to be. Separating themselves from the masses is a constant struggle.

It’s not a physical unmooring. One’s desirable postcode sees to that. It’s about demonstrating contempt for lower-class opinion; the haunting thought of breathing – and being seen to breathe – the same cultural air as the van driver with the Union Flag. One cubic inch is social death.

The antidote: Adopt opposing views at all costs (which to our masters are minimal); extravagant beliefs which commoners can’t afford. Class distinction is the aim. Along the way, the harm one’s lavish ideas do, to the plebs and their precious ‘England’, is good sport.

There wasn’t always such animus. The working classes were respected, admired. Manufacture and agriculture, the small matter of fighting world wars, were but three of their domains. Society – the State itself – relied on them. Now, globalisation makes the elites question what they’re for; infuriatingly, not a Marxist revolution.

When our superiors need a tradesman, an immigrant is cheaper, more exotic. Brexit threatened this cosy arrangement. And so the equation is simple: Class hatred plus utilitarianism plus vengeance equals open season on the hoi-polloi. But how do our gentry go about it? Hark to their new strategy: The Last Post.

The entire Establishment (not excluding the Church) is stridently post-Christian. Yet other religions – and atheism – are helped to flourish. It’s the usual MO: Scorn for British mores posing as pluralism.

Naturally, to be post-English and British is a NW1 sine qua non. Nationality, never mind nationalism, is for Neanderthals. In the rarefied climate of the university towns, one is self-consciously a world citizen. I’m reminded of a recent lunch date with a middle-class female exemplar. ‘It’s wonderful to hear all the foreign accents’, she purred. We were in Guildford.

Onwards, comrades, to the culminating post: Post-whiteism. One might call it an elevated form of anti-whiteism. It’s not an entirely new concept. In A Passage to India (1924), the enlightened Mr Fielding half-jests that ‘the so-called white races are really pinko-grey’.

‘He had no racial feeling’, narrates E M Forster, ‘because he had matured in a different atmosphere, where the herd instinct does not flourish.’ Progressive readers prize Fielding’s surpassing sensibility, hail Forster’s cultivated disdain for race-consciousness. Forster was a socialist.

Post-whiteism has moved with the times. Nowadays, white racial transcendence finds full expression in corporate advertising. On television and billboards, we’ve all seen its effects. Only one other acting demographic is in demand, mind. Asian faces aren’t quite melanin-sufficient for the task. They don’t rub enough pale snouts in Diversity.

Meanwhile, multi-culti initiatives bleed into the post-white programme. The Archbishop of Canterbury, exemplarily post-white, makes a helpful contribution with his BAME quota for clergy leadership. Promotion-prayers miraculously answered – depending on pigmentation.

The casual post-white remark can be just as revealing. During a pandemic, a white NHS medic took the trouble to tweet how splendid it was that none of his staff was Caucasian. His hospital trust retweeted him. ‘Physician, heal thyself’ would have been more refreshing.

But perhaps the good doctor deserves some sympathy. After all, when you’re post-white, you’ve made it. You’re in the cultural and intellectual stratosphere. The last thing you want is to see other white faces. They’re apt to remind you of you.

This Last Post heralds ‘RIP, Whitey’. Will he confound the bugler and hear it as reveille?

Share
Facebook
Twitter
WhatsApp
Email
Previous articleCovid jabs and the case of the collapsing athletes
Next articleAftermath in Afghanistan: The blood of the innocents will cry for justice