NewsPaperthe art of publishing
HomeNewsLast Rites for the Proms? Gender balancing will turn music lovers off...
106

Last Rites for the Proms? Gender balancing will turn music lovers off in droves 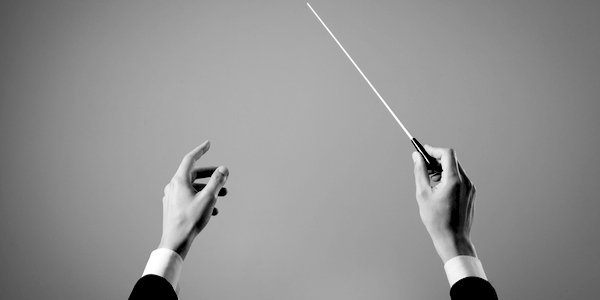 The BBC has pledged to introduce ‘gender balancing’ to its Proms programme, with half of all new commissions going to female composers by 2022.

The Proms is one of 45 international music festivals signed up to an initiative which aims to ‘create much-needed change’ in an industry apparently rife with sexism.

This was highlighted recently by (male) Latvian conductor Mariss Jansons, who said that ‘seeing a woman on the podium . . . well, let’s just say it’s not my cup of tea’.

The aim of the initiative is to increase the proportion of female performers, although the 50/50 gender balance will not apply to soloists, orchestras or conductors.

Clearly, however, there needs to be a training programme for female conductors, or the existing ones will be grossly overworked, while many excellent male conductors will be thrown out of work so that barely-trained conductresses can mount the podium. Still, a cohort of attractive young ladies fresh from music college might boost the ratings among those who would not normally watch – purely attracted by their enthusiasm for female equality, of course, although perhaps in time the boring conductor’s uniform can be discarded for something more flattering to the female form.

More likely, however, real music lovers will switch off, and head towards the many alternative ‘proms’ concerts where music is valued over political correctness and virtue-signalling.

Unsurprisingly, the Telegraph tells us, none of the major pop and rock festivals such as Glastonbury or London’s Wireless Festival has signed the equality pledge. The Wireless Festival featured just three women last year, and a BBC survey found that 80 per cent of festival headliners were male.

It also seems oblivious to the fact that women are not put off by male composers and performers; far from attracting more female viewers they would probably lose them if they sacked the men and replaced them with women. As with women’s football, which the Beeb promotes with an energy seemingly born of desperation, the implication is that women want to watch it – and yet there is none of the excitement of men’s football, because real competition is ruled out by their basic premise that both teams are part of a ‘victim class’, therefore the game itself is secondary to the real game of equality, in which all victims must receive ‘pay-back’ for historical injustices. In the world of women’s football – in fact all women’s sport – everything is wonderful because no negative commentary is permitted, and ‘women’s music’ will become less about music than about an attempt to impose Left-wing ideology on real life while frantically trying to excuse the dismal reality.

Under the present imperfect system (aka real life), female excellence can be celebrated, while any ‘under-representation’ of women can be explained by the commonsense conclusion that not all women aspire to careers in music.

This new plan could just as well be a plot by misogynists eager to demonstrate how musically inferior women really are; as it is, far from promoting equality, it will amount to a patronising pat on the head as musicians are praised simply for being women.

Since it will prove impossible to achieve the fabled 50/50 ‘gender balance’, it will enable various cultural organisations to demonstrate that they care about a fashionable issue while intoning the robotic mantra ‘We have made great progress, but there is still a long way to go’. But as for the cultural Marxists, it will keep everyone on their toes, and will inevitably change Western society for the worse, because he who pays the piper calls the tune; and the tune is a one-note serenade to the false equality of Marxism.