NewsPaperthe art of publishing
HomeNewsLaura Keynes: Greenwash an event and you can get away with murder....
3

Laura Keynes: Greenwash an event and you can get away with murder. Even closing my beloved Battersea Park 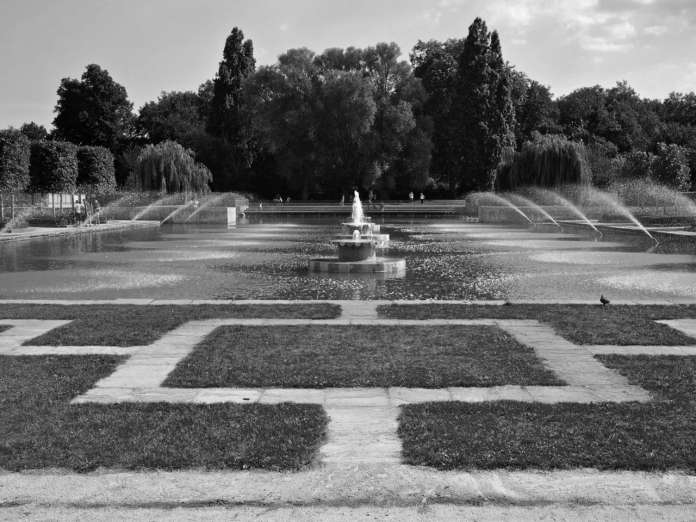 For most parents, a local park is a lifeline. It’s a place to walk the pram, let the kids romp around, and meet other mums and dads. Since I became a mum, I can honestly say my local park – London’s Battersea Park – has been a life-saver. On days when I don’t get there, I feel a bit blue. My daughter loves it too – she squirms with delight when we feed the ducks or when a doggie runs up to say hello.

Living in London’s urban jungle, it’s the only place for miles around where we can get a bit of fresh air and greenery. The rest of the time we’re up in a third floor flat where we can’t open the windows because of the exhaust fumes that come in off the busy road below, and the constant noise of lorries, motorbikes, emergency vehicles, and (increasingly) supercars. Most of the other mums I’ve met round here also live in flats, and depend on the park too.

Yet this weekend, and for a few days either side, Battersea Park will be closed to the public to host Formula E, an electric car-racing event with big money behind it. For three weeks, whilst contractors move in, the Grade II Victorian listed park is in chaos. With photos emerging of damage to the park environment, local residents aren’t happy. The park is currently a construction site, with local families locked out at the gates while heavy machinery brings in equipment. Many are asking what Heritage Impact Assessors were thinking when they allowed this to go ahead?

Formula E is supposed to be a ‘green event’ because the cars run on electricity not petrol. Most people are for greener cars, but shouldn’t cars be on roads, not Grade II listed public parks? Or could it be that if you dress up any commercial enterprise as ‘green’ you’ve got an instant ‘in’ with the local council?

Councillor Jonathan Cook is the man behind Wandsworth Borough Council’s bid to host Formula E this summer – and potentially for the next five summers. Hopefully local residents will take him to task over the inadequate consultation process, and hopefully the original assessment report signed off by English Heritage will become a matter of public record.

Councillor Cook might well spin a line about ‘benefit to local businesses’ and so on, but the event will be contained in the park with hospitality tents and food courts, while local businesses within the park, such as Battersea Park Children’s Zoo, have been forced to close for three weeks, saying “this is not of our choosing”.

It doesn’t seem to be of anybody’s choosing if you talk to local residents, yet the event has gone ahead. Proof, if proof were needed, that England’s green and pleasant land is for sale to the highest bidder. A public good, open to all and free at the point of use, has been turned into a playground for a wealthy elite and their supercars.

This might seem to be a local issue but it’s being replicated in councils across the land. If you greenwash any commercial enterprise enough, councils will give way. On the North Norfolk coast, for example, an Area of Outstanding Natural Beauty has been blighted by wind farms against local residents’ wishes. It ticked the ‘green’ box but you can rest assured someone made a lot of money off the back of that decision.

The extraordinary thing is that the situation in Battersea Park has been allowed by a Conservative council. The clue is in the name. Conservatives are supposed to conserve, not sell our land to the highest bidder.

Share
Facebook
Twitter
WhatsApp
Email
Previous articleKathy Gyngell: Fiddling while Athens burns. Now the EU lambasts British mothers for taking time out for their kids
Next articleReader’s Comment of the Day: Whitehall is littered with the ashes of lost dreams