NewsPaperthe art of publishing
HomeNewsLaura Keynes: How to slim down our 140,000 supersized kids? Restore the traditional...
6

Laura Keynes: How to slim down our 140,000 supersized kids? Restore the traditional family and its regular mealtimes 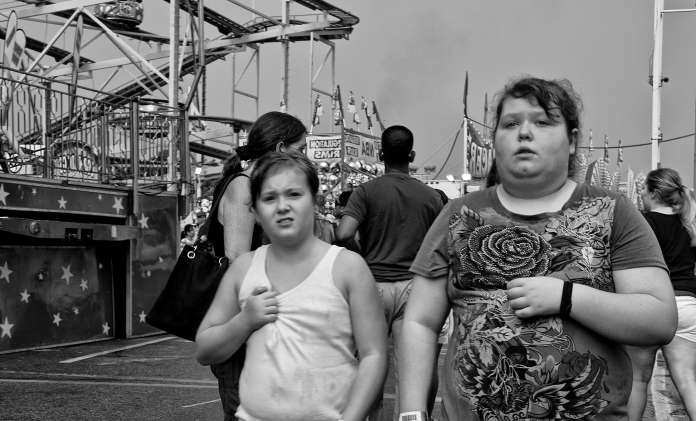 Every parent knows it’s tough getting kids to eat their greens. Even food writer Rose Prince claims to have been “quite undone by feeding children”, noting how easy it was for her mother, “a housewife in the classic sense”, to produce delicious from-scratch meals and keep a close watch on between-meal-snacking. By contrast, her own children “make toast and rampage through the biscuit supply as soon as they are sure I’m in my office working… The children of busy parents soon discover that you are too tired to argue”.

It’s estimated that Britain now has around 140,000 ‘super-fat’ kids, who are likely to need gastric band ops in the future, at the taxpayer’s expense.

So much for government health initiatives, like Change4Life with its targets for ‘five a day’, reduced salt and sugar intake, and cutting back on fatty food.

Public money has been thrown at obesity prevention, but there’s one thing successive governments haven’t even thought of: protecting the traditional family structure through support for marriage and stay-at-home mums. If it was thought of, it was no doubt shouted down by liberal ‘progressives’ keen to replace the family unit with the nanny state, by getting women out of the home and kids into daycare.

As Rose Prince observed, “Managing a healthy kitchen for children takes concentration.” Families with one parent at home are more likely to have family mealtimes and proper home cooking. It needs watchfulness to prevent kids snacking, and a strong parent to lay down the law about eating what you’re given and manners at the dinner table. It’s within the family that we all become socialised and learn to rub along.

Our culture has been very casual about protecting family mealtimes. Shaun Bailey, the PM’s Special Adviser on Youth and Crime, once suggested that the best reform government could make was to specify a minimum kitchen size for public housing that allowed for a kitchen table for the family to sit at for meals. If public housing doesn’t even allow that much as a basic minimum, is it any wonder considering the values of the metropolitan elites who govern such decisions. Ed ‘Two-Kitchens’ Miliband recently chose to be filmed in his ‘kitchenette’ –  a place “for tea and quick snacks”, according to his old friend Jenni Russell.

Perhaps he thought voters wouldn’t identify with a kitchen big enough for table and chairs.

Even in aspirational middle-class homes where a proper kitchen table graces the kitchen, family mealtimes are likely to be broken up to fit in kids’ extracurricular activities, with children eating in shifts in order to troop out for an hour with the home-tutor or to do music practice. (I can’t be the only one who’s witnessed this). The take-home message for those kids is that exam success is more important than family life.

The simple truth is that ever since more mums went out to work and school days got longer, kids have got fatter. The answer is not to throw more public money at daft health initiatives or put gastric bands in teenagers on the NHS, but to value the family as the basic unit of society.

Share
Facebook
Twitter
WhatsApp
Email
Previous articleKimberly Ross: Political correctness gone mad? Not until you have encountered the crime of microaggression
Next articleReader’s Comment of the Day: In trying to destroy Ukip, the Tories hurt only themselves