NewsPaperthe art of publishing
HomeLaura PerrinsLaura Perrins: 1960s feminists have a lot to answer for. They helped...
11

Laura Perrins: 1960s feminists have a lot to answer for. They helped create the underdressed catwalk angels 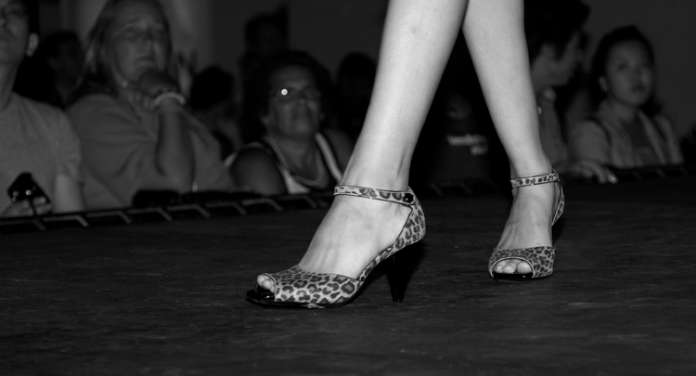 I have been a bit slow in attending to the celebrity death match that is Sarah Vine of the Daily Mail versus the Victoria’s Secret Angels. It was quite a contest, however, as Ms Vine does a Mary Whitehouse in this classic piece of envy journalism.

Ms Vine (aka as Mrs Michael Gove) is upset that the great sexual revolution ignited by the feminists in the 1960s did not turn out quite the way she wanted. Some women are using their sexual liberation in a way she does not approve of so they have been subject to some good old-fashioned matriarchal shaming.

I, as a social conservative, have no problem with some matriarchal shaming of the younger generation and would like to bring it back, but it is bit rich to see it coming from a card-carrying feminist.

She is not fan of the Victoria’s Secret models either as “it’s hard to tell them apart among all that big hair and white teeth. There are a few Brits — Lily Donaldson and Jourdan Dunn — but otherwise they all fit the mould of young, thin, exotic and pretty.”

Ms Vine thinks we should be outraged by it all as this is being sold to us as something normal to aspire to. I am not too sure about this, and given the rising obesity levels in England,  the Angels do not seem to be doing an effective job of having us live up to their very high standards.

Ms Vine is angry about “the way we’re encouraged to ‘get their look’, not only by buying the underwear, but also by following their health and fitness tips and using their products (they even have their own branded Angel water).” Well they are trying to sell you stuff – very expensive stuff at that – and this is how commerce works. Sex sells.

I seriously doubt, however, there are swarms of women feeling emotionally damaged by it all. The only thing that annoys me is the genius of the profit margin. From my limited perusal of the Victoria’s Secret range it struck me as odd that the cost of their undergarments is inversely proportionate to the amount of material used.

Ms Vine is frustrated that these images and ideas are being sold to women as female empowerment when they are anything but. It is objectification pure and simple. She may be right but it all is too late now.

Third wave feminists spent their youth tearing down social institutions and campaigning for sexual liberation. Much of their behaviour made their parents despair. As such, the architects of this revolution do not 40 years down the road get to act surprised when the next generation interprets this liberation whichever way they want. Some people make a living from writing columns; others make a much bigger living by walking down a runway modelling underwear. The former does get to judge the latter.

Also behind this is some good old-fashioned matriarchal shaming. Before the great sexual revolution mothers and grandmothers wielded quite a lot of power over ‘younger, sexier, nubile’ girls and women. This was for selfish and selfless reasons. First they felt it added to social cohesion – marrying off the daughter to husbands so they could produce the next generation.

There was also self-interest because when it all boils down to it, mothers and grandmothers cannot compete with “young, thin, exotic and pretty” young women with their ‘hair-twirling, come-hither poses’ who may steal their husbands. So the sexuality of young women was controlled.

Then came 1960s  feminists, many of whom were “young, thin, exotic and pretty” themselves. They told their mothers to get stuffed; they were making up their own rules. So it is the height of hypocrisy (although predictable) for the feminists to claim back the social control they so easily squandered now they are mothers and grandmothers. They are, I am afraid, just going to have lump it. No amount of hand wringing is going to put that twerking, Brazilian shaved genie back in the bottle.