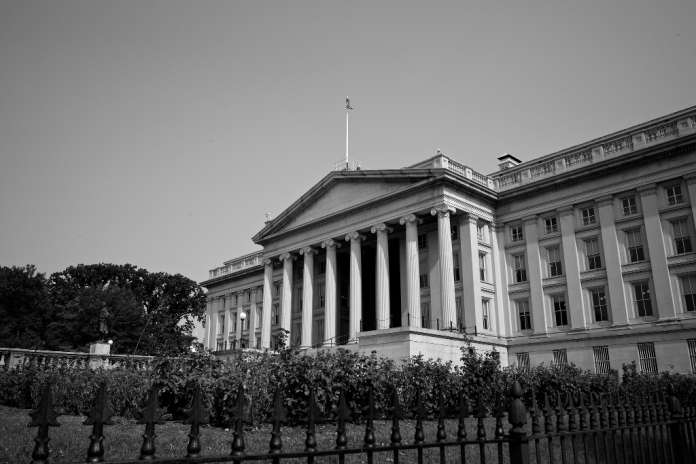 Well that is that then. The economic bigwigs have spoken and they tell us to remain in the EU, so that is what we should do. These bigwigs are not just the ordinary kind either – they are American BIGWIGS. American! Uncle Sam is here to save us from ourselves.

On Wednesday, the Today programme on BBC Radio 4 told us breathlessly, (really the presenter was breathless) that no less than eight, “eight former Treasury Secretaries think that a Brexit could open Pandora’s box,” in a letter to The Times. She repeated this a lot, and said there must be few things these eight former Treasury Secretaries could agree upon. Mmm I don’t know…deregulating the derivatives market is something they probably agreed upon but more on that later.

Anyway, I had to listen to Larry Summers speaking very, very slowly and gifted a huge amount of air time to tell us how it would be the end of the world and the ‘special relationship’ should Britain vote to become Independent. Kind of ironic that, but no one pointed this out.

It would be protectionist he said, because the US is not protectionist in any way and does not prop up its farmers (only it does). And it would be isolationist, which is in contrast to how Obama has run his foreign policy (that is also me being ironic in case you have missed it). Anyway it was the usual guff.

Now listen, I may not be a Harvard bigwig and I may barely know my national debt from the deficit but I do know this. I will wager that every single one of these bigwigs failed to warn their respective presidents/clients/mothers/neighbours/pets  of the looming economic crash caused by a hugely overpriced housing market.

In fact, Summers himself supported deregulating the derivatives market so key to the huge economic crash.

On July 30, 1998, then Deputy Secretary of the US Treasury Summers testified before Congress that “the parties to these kinds of contract are largely sophisticated financial institutions that would appear to be eminently capable of protecting themselves from fraud and counter-party insolvencies.” And that worked out well, that particular safeguard…

Also, in 1999 Summers endorsed the Gramm–Leach–Bliley Act, which removed the separation between investment and commercial banks, saying “With this Bill, the American financial system takes a major step forward towards the 21st Century.”

The predictions made by these guys are about as reliable as those made by a gypsy with a snow globe. So take a hike Bigwigs and you can bring your snow globe and Pandora’s Box with you.