Laura Perrins: After Helen Archer, domestic violence charities can expect to be busy 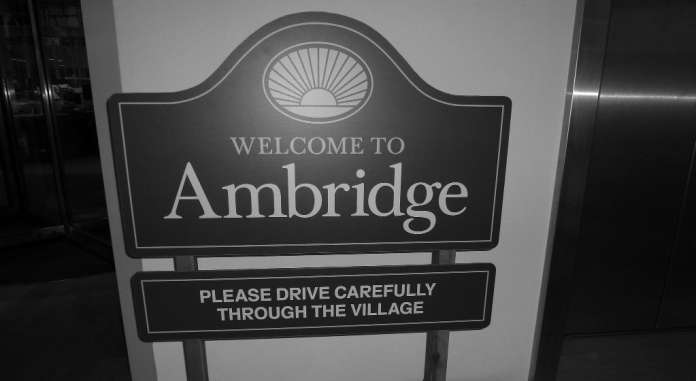 Some time ago we brought to the dear reader’s attention the sad tale of woe that was Helen Archer. Helen once expressed a desire to be a full-time mum. I knew that once she uttered those words, her goose was cooked – all hell would rain down upon her head, and it did.

I will not go over the grim details because if you are reading this piece you know what they are, but it culminated on Friday night with Helen being charged with attempted murder of the monstrous Rob. Serves you right, you little wanna-be-50s housewife.

Now I have had my misgivings about this story line, but I have always said it is a gripping one. I experienced her pain, but I also admit that now and then I laughed out loud at what I perceived was trolling by the writers of the listeners.

One night, in particular, springs to mind – Rob was being particularly vile behind closed doors but the episode finished with Pat – I have had a brain transplant – Archer saying, “We must trust Rob, he is absolutely right.” Sure! Because you hear mothers-in-law say this about their son-in-law all the time.

They set up Rob as such a pantomime villain, it was extreme. It has been written elsewhere that rarely are things so black and white.

On Friday night, I really tossed my toys out of the pram for a different reason. I just cannot believe the domestic violence charities are on board with this. Helen has been charged with nothing less than attempted murder, an incredibly difficult charge to prove as you must prove intent to kill.

They could have charged Helen with GBH, ABH or wounding. Instead the writers went full throttle. The police interviewed Helen four times but the charge came only after they ‘successfully’ interviewed her 5-year-old son, Henry (he sounds 3), who, it seems, has dropped his mother in it to the coppers.

And to make matters worse it was female coppers who did all this. They didn’t go behind the story at all. Now I know the charities say this demonstrates how biased the police can be, and hope it will be an agent for change blah, blah, blah, but to me it is a gamble. A huge gamble.

If I was suffering from domestic violence listening to this there is no way, no way in the world, I would go to the police now.

I am told ‘it will be fine in the end’ but I fear the damage is done. The Archers has raised over £100,000 for domestic violence charities the last time I checked and it is just as well. They will need every penny to help all the women that will now not go to the police.

And that is before we have the episode featuring Henry being taken into care – as I am sure he will be. That promises to be spectacular. I wonder if they will include heart twisting sobs of “Mummy…..”

Share
Facebook
Twitter
WhatsApp
Email
Previous articleKaren Harradine: Israeli Arabs have a better life in Israel than in Gaza or the West Bank
Next articleReader’s Comment of the Day: Leave the EU to escape corruption in public life