NewsPaperthe art of publishing
HomeLaura PerrinsLaura Perrins: Angelina Jolie to be quizzed by Mishal Husain about...
26

Laura Perrins: Angelina Jolie to be quizzed by Mishal Husain about the migrant crisis. I can’t wait 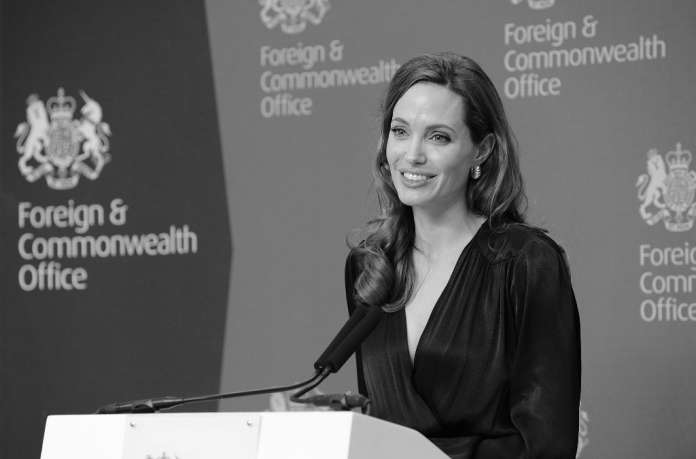 I hope the HR departments around the country are prepared. There is no doubt they will be deluged with applications for a one-day holiday on May 16, the day of all-day programming on the BBC about the ‘immigration crisis.’

It is the case, dear readers, that none other that Angelina Jolie herself will be taking a day out of her busy, busy diary to “deliver a keynote speech on the global refugee crisis as part of a day of special live programming at the BBC.” Hold the phone!

And what a good use of my licence fee this is – a whole day on the global refugee crisis on the BBC. Because they have never covered these news items before. Goodness never – I never had to listen on The World at One to the refugee family making their way across Europe to Germany, only to be miffed at the accommodation they are offered for free paid for by the German taxpayer.

I am glad the BBC has finally broken its silence.

Jolie, a mother-of-six and a Special Envoy for the UN High Commissioner for Refugees, said: ‘The debate on the refugee crisis is often polarised and based on fear and misconceptions. We need to have a rational discussion that focuses on how we strengthen the systems designed to protect those fleeing war and persecution, while understanding and taking into account the concerns of citizens in host countries.

‘Above all, we need to address the conflict and insecurity that are the root causes of the mass movement of refugees.’

Phew, thank God we have Angelina here now to point out what needs to be discussed – in a rational way mind – so shut up over there, you hysterical misinformed pleb.

And this from a woman who used to wear vials of her former husband’s blood – the charming, most delightful Billy Bob Thornton – around her neck. Ok, I know that was cheap shot to bring that up, and people are entitled to change and develop their character over time and Angelina certainly has, but you know I have not forgot even if everyone else. Because I am still left wondering what qualifies her to lecture us all on this crisis?

I know they want the glamour, but she is not an elected representative of anyone anywhere. She has not worked in the field for years and years. So she is about as qualified to speak on this matter as the loudmouth you find down the pub.

But Angelina and her hubby – I forget his name The Pitt(s), I think – know all about the strain on local resources uncontrolled migration can cause. The six kids are being enrolled in the local state primary. Hah! As if. The Mail tell me are the kids might enroll in the The Lycée Français Charles de Gaulle school in London where fees are between £5,000 – £10,000 per year. Super Duper!

Finally – because I know you want to know – the interview/love-in will be conducted by none other than the Today programme’s Mishal Husain. So this will not be syrupy at all. Pass the bucket.

Share
Facebook
Twitter
WhatsApp
Email
Previous articleKathy Gyngell: Kate is no “Duchess of Drab”. Her substance shines through
Next articleLefty Lunacy of the Day: Let’s hope Corbyn never gets the chance to lose the nation’s finances