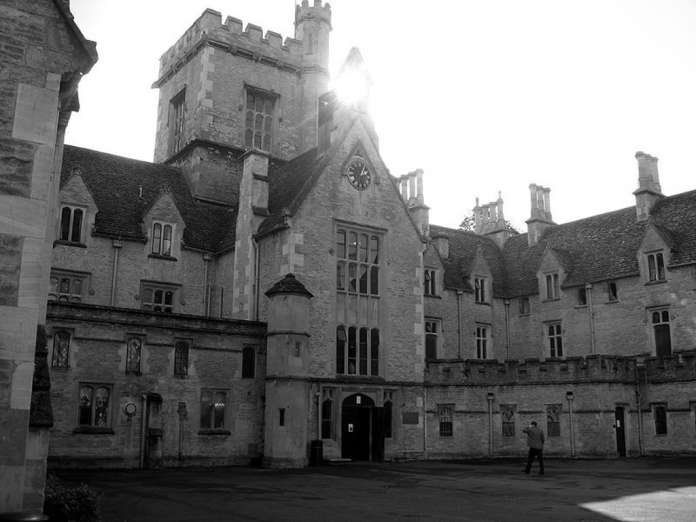 Many have commented on the collapsed rape case against four students at the ‘illustrious’ Royal Agricultural University in Cirencester. The mishandling of the case by the police and the CPS has been widely debated.

It is notable that when actual violent gang rape of minors was occurring in Rochdale the police looked the other way. But when a complaint of gang rape was against middle-class toffs at a University known as the ‘Oxbridge of the countryside’ then criminal charges were brought against them before you could say, university rape culture is a myth. No doubt this was just too good an opportunity to pass up – put the toffs in their place.

But I am not going to restate the obvious here. It is probably the case that university rape culture is a myth, but I think on reflection it is fair to say lad culture is a reality.

Something has been absent from the debate – namely that what went on that night of the Mad Hatter’s Tea Party Ball should have all of us asking, what went wrong with middle-class morality?

From the Daily Mail we are told rather curtly, “Spirits were high (at the Ball). Three of them (Duff, Foster, and Mahon) were celebrating the end of their finals. At some point during the party they all ended up with the young woman along with James Martin, a guest at the event. The gathering culminated in a group sex session.

Afterwards, the girl found out that the encounter had been filmed on his mobile phone and shared on social media.”

Am I the only one left asking when did group sex become a thing? Just wondering – I just want to put that out there.

Some reports mentioned the ‘quartet’ (quartet of all things) ended up having sex with the young woman. It just happened, me, my mate, my other mate, oh and that other mate thought this 4 on 1 group sex was the right thing to do. Really?

It is time to ask calmly – how the hell did this happen? The only quartet most middle-class people knew up until about 2 minutes ago were the string quartets they played in at school. It seems things have changed, and not for the better.

Nothing to see here, Allison Pearson says, let’s just move along. These ‘men are all victims.’

Well maybe. They are victims if you ask me of adult pornography, a hypersexual culture, relentless feminism that sold ladette culture to women and crap educations.

One of these young men went to those £30,000-a-year private schools. What a waste of money – if they come out of there thinking a quartet sex session is a good idea.

The mis-education of these young men is a lesson to us all. One wonders if they were even given any moral guidance? If anyone ever told them, listen sexual development is an awesome gift, but use it wisely. You are man. Man! and this is a huge responsibility. Women are not there just there to be used, even the deluded ones led astray by the feminists. In fact, especially those ones – they need your protection most of all, even as they rail against the patriarchy.

What this case demonstrates is the absolute carnage the sexual revolution has caused between the sexes. No doubt it was the now oh-so-modern-no-judgement-sexual amorality that encouraged this woman to engage in this sexual fiasco in the first place, and it was the sexual revolution that encouraged the men to take advantage of it. The truth won out for these men but it has taken two years of their life and incredible worry for their parents. All are losers here.

Finally, I wonder if one of the reasons the ‘quartet’ were charged is because the police and CPS just could not believe in their heart of hearts that any woman would consent to such a sordid encounter. No matter all the decades of feminism, they just could not accept anyone would do something so demeaning. But they were wrong and there will be plenty more of this to come.

Share
Facebook
Twitter
WhatsApp
Email
Previous articleChris McGovern: Corbyn’s fifth column. The CND propaganda in our classrooms
Next articleReader’s Comment of the Day: On Obama’s reckoning, America should have stayed in the British Empire