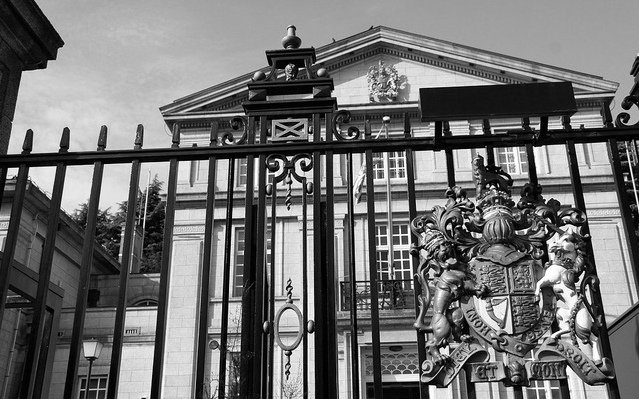 A five-year-old British boy, Ashya King, lies in a very serious condition in a Spanish hospital suffering from a grade four medulloblastoma tumour on his spinal cord at the base of his skull. He is alone without his family. His parents are in a Spanish jail, having been arrested by Spanish police after the UK issued a European Arrest Warrant because they dared to defy the mighty, all powerful NHS.

These details alone are so horrific it should shock anyone. We do not know the exact details of Ashya’s condition, and, while I do not want to lapse into complete hysteria at the time of writing, it is a real possibility his parents could be held in a Spanish jail for at least a few months. Should Ashya King die, alone in a foreign hospital, I hope those responsible for triggering the arrest of his parents know of the suffering they have inflicted on this family.

The British State sure did show Mr and Mrs King who is boss when it comes to disputes over the care and treatment of children. It seems there was a major dispute between the doctors and the parents as to Ashya’s treatment.

Mr and Mrs King wanted proton beam radiotherapy. It may well be that this was not the right treatment for Ashya, but if reports are true, that Mr and Mrs King were threatened with an emergency protection order which would have prevented them from being with their own son, then Southampton General Hospital has serious questions to answer.

This was bad enough but matters deteriorated seriously. Ashya’s parents, perhaps driven to desperation and distraction at watching their precious son suffer without the treatment they thought appropriate, took him from the hospital. But the NHS knows better: the hospital alerted the police and a huge cross-border search was instituted.

Ashya’s parents were treated like terrorists: pursued to France and then Spain on the strength of a European Arrest Warrant. The alleged offence – child neglect. The British State believe Mr and Mrs King have committed the offence of child neglect, the same parents who have barely left their son’s side in Southampton General Hospital.

The police and hospital started the usual public relations battle one sees with these high-profile stories. It was alleged that Ashya was in grave danger because his battery feeding tube might run out. This was not true. There were questions over his drug regime – but this was administered by his parents. Still the great machines of the UK State – the NHS, the police and the courts – hunted these parents down.

Once Ashya was found he was transferred to a Spanish hospital. His parents were arrested, handcuffed and detained by Spanish police for acting in what they believed were their child’s best interests. Mr and Mrs King remain in Spanish custody as the British State seeks their extradition to the UK on this charge of child neglect. It is frightening what can happen to devoted parents should they get into a dispute with the British authorities over what is in their child’s best interests.

And Ashya King lies alone in a Spanish hospital, dying of brain tumour.

Share
Facebook
Twitter
WhatsApp
Email
Previous articleChris McGovern: The new national curriculum is no cause for celebration. The classroom lottery persists
Next articleHarry Benson: Children first, marriage next. Brangelina are taking a risk