NewsPaperthe art of publishing
HomeLaura PerrinsLaura Perrins: How to avoid ending up on your own with a...
125

Laura Perrins: How to avoid ending up on your own with a cat 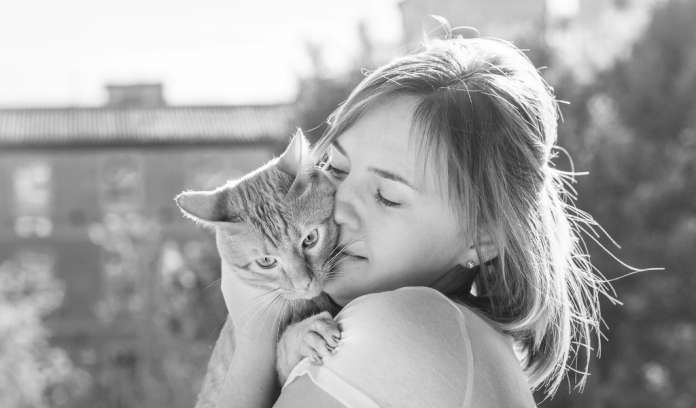 To those who received a proposal of marriage over Christmas, I say congratulations. To those women who received a PlayStation instead of a thoughtful gift, I say dump him. And to those ladies out there who deeply want to find a loving husband but are no closer to that aim than this time last year, I say pull up a seat and listen to some wise advice from your Auntie Laura.

During my time of reflection over the Christmas holidays, I ventured on to the left-leaning website The Atlantic. There I found an article from 2011, All the Singles Ladies.

This very lengthy piece describes the life and loves of a one Katie Bolick, who to cut a long story short, wanted to get married but it never happened. So now she is embracing her singlehood by asking us all ‘to acknowledge the end of “traditional” marriage as society’s highest ideal.’ Good luck with that.

Anyway I did think it was interesting that Katie described a kitchen table chat with some twenty something women to get their views on marriage. As you can imagine after 40 years of feminism, these ladies know that a woman needs a man like a fish needs a bicycle! Not so! It seems the universal need for a life partner trumps feminist clap-trap after all.

Katie tells us: I’d assumed that growing up in a jungle would give them (the twenty somethings) a more matter-of-fact or at least less conventional worldview. Instead, when I asked if they wanted to get married when they grew up, and if so, at what age, to a one they answered “yes” and “27 or 28.”

“That’s only five or six years from now,” I pointed out. “Doesn’t that seem—not far off?” They nodded. “Take a look at me,” I said. “I’ve never been married, and I have no idea if I ever will be. There’s a good chance that this will be your reality, too. Does that freak you out?” Again they nodded. “I don’t think I can bear doing this for that long!” whispered one, with undisguised alarm.

“I don’t think I can bear doing this for that long!” This is the miserable legacy feminism has inflicted upon their daughters.

Then it struck me, that this was not a one off piece. On the side bar I noticed the following:

From 2008 Marry Him! The case for settling for Mr Good Enough.

From 2002 In Search of Mr Right which discusses the book, Why There Are No Good Men Left: The Romantic Plight of the New Single Woman.

And also Sex and the College Girl, with a tag line of “This is clearly a mess and not one that is going to clear up with magic speed on the wedding night” by Nora Johnson who laments the lack of courtship rules for the modern college-educated women.

Now I have written many times before about the dating game, why we are where we are and who is to blame. So I will not re-hash old ground. Instead I will just say that if you really want to get married and settle down then ladies you must make finding your future husband a priority for 2017.

It strikes me that when some women say ‘I really want to get married,’ what they mean is I hope the magic marriage fairy will come along and make it happen. Some women seem to labouring under the impression that Prince Charming really will come out of the forest and kiss them back to life. Well let me tell you ladies: Prince Charming is Dead. The evil feminists killed him so you are going to have to do a bit more work to make this life plan a reality.

Relying on the magic marriage fairy was fine when society and culture were totally orientated towards marriage. When everything from religion, to your old Aunt Primrose, your mother and grandmother put all their energies into getting you hitched, going with the flow was fine. But those days are gone. Now, it’s up to you.

Let me take a concrete example – work. Now don’t get me wrong much self-fulfilment comes from career and work but if that is given priority to the detriment of everything else in your life then you’ll end up on your own with a cat.

Remember the term opportunity cost – every time you stay late at work (by choice) then you are not out there meeting Mr Right. Now if you really like your work that is fine. But don’t kid yourself that marriage and family is your current priority when your actions suggest otherwise.

Finally, what makes for a good husband really deserves a blog on its own, but in brief you should avoid all commitment-phobes, TInder addicts, or anyone who reads The Guardian in a serious fashion.

I’m not saying husband hunting is going to be easy, especially in the current climate. But we’re on your side. So Happy Hunting and Happy New Year.