Laura Perrins: Betrayed by my telegenic historian, I trust experts no more 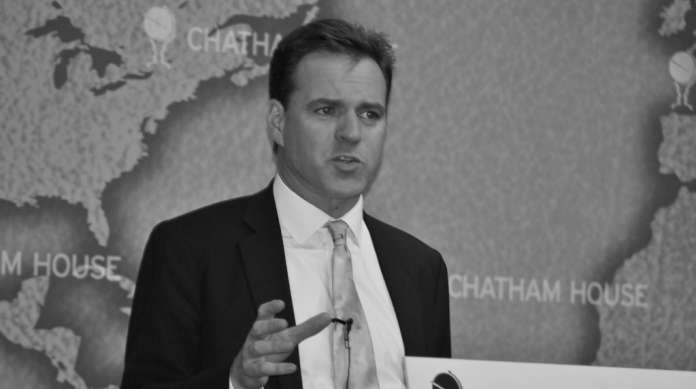 There are the elites and there are the elites. Niall Ferguson, Historian par excellence, and commentator at the Sunday Times, is both. His admission on Sunday that he was “wrong to fight Brexit to keep my friends in No 10 and No 11” was stunning yet has generated little further debate. Surely the question must be – why is he still in his job?

I admire Niall Ferguson as an elite historian. He has, over a career spanning decades, developed an expertise in his field. He is a specialist, an intellectual as well as being blessed with considerable charisma enabling him to present his theories on the old idiot box. Not all historians have such charm, but Ferguson has it in buckets.

These types of elites should, of course, be treasured by us all. The elite surgeon who saves lives with his scalpel and steady hand. The elite engineer who designs buildings and bridges that stay standing and don’t crumble in a pile of bricks. The elite pilot who, when necessary, safely lands his passenger plane in the Hudson River saving all 155 lives aboard (also thanks to the elite rescue service).

Sadly, however there are the other elites. These are the politicians, journos and ‘experts’ who are now so despised and mistrusted by the public that 17.5 million of us ignored their doom-laden predictions and voted to leave the EU.

These elites with their fake news do not really have an expertise or skill in a particular area. What they have is the gift of ruthless self-promotion and smooth communication skills. These are the self-appointed, self-serving, self-obsessed elites. These are the Camerons and Osbornes, Blairs and Cleggs. And sadly the Niall Fergusons of this world.

When Ferguson announced he was backing the Remain side I was pretty gutted, as I did not want to be on the wrong side of him. I was genuinely worried, because he was intellectual elite with expertise in a particular area, especially economic history. He knows more than you do, I thought. He is an expert! I read his pieces carefully and although was not ultimately swayed by them I remained worried by them up until the final vote.

Now he tells us that, although there were other reasons for backing Remain, such as the influence America has had on him, and some real economic concerns ultimately: “But a bigger factor — I must admit it — was my personal friendship with Cameron and George Osborne. For the first time in my career I wrote things about which I had my doubts in order to help my friends stay in power. That was wrong and I am sorry I did it.”

Now, dear reader you may think me a fool but I am still young and naive enough to be a tad upset by this admission. An honest mistake is one thing, hell even wilful blindness I can tolerate, but an admission that Ferguson used his lofty position to manipulate the readers to help his friends stay in power has sapped even further any faith I have in those in positions of public influence. This was an abuse of a position of trust.

Ferguson goes on to ask: “The question now is: have I learnt enough from this to be worth reading in future?”

Surely, the question is have we as readers learnt enough from this to ask if you are worth reading in the future? The answer to that is no. This was a trust betrayed.

Ferguson, an immense talent with time, energy and brilliance to devote to the pursuit of excellence in his field, had a duty to present his views to us as readers without said time or talent in an honest manner. He failed to do so. I, for one, have finally had enough of ‘experts.’