NewsPaperthe art of publishing
HomeLaura PerrinsLaura Perrins: Big families go out of fashion. Three is not a...
6

Laura Perrins: Big families go out of fashion. Three is not a crowd 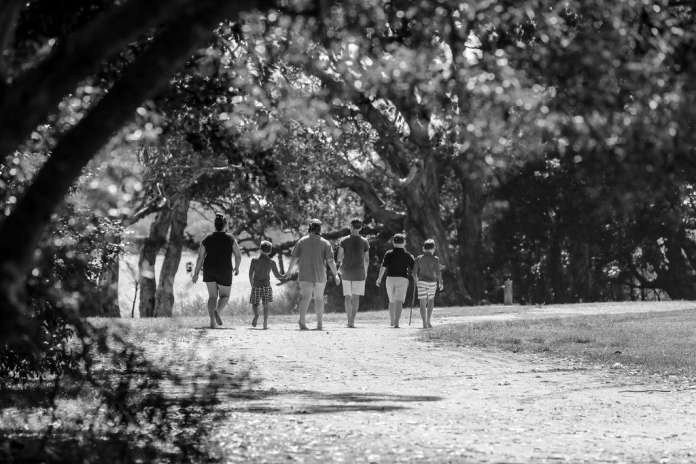 It has been a real hoot telling family and friends that the third Perrins is on the way. Now do not get me wrong, not a day goes by that I do not thank God for the two beautiful children, one boy, one girl, “the perfect family” I have. Sometimes I even feel a little greedy for ‘going for the third’, especially as I have one of each.

I mean why would you? In this day and age in Western Europe people just do not expect you to have more than two children. So the reaction has been interesting.

The first comments included, “will you be able for this”, ‘you will have to build an extension on the house’, and “next time give the breastfeeding a miss.’ Now I will not name the person who managed to come out with these comments in about three minutes, as that would be unfair on my father.

My father has, let’s say, some old fashioned views on parenting. Not the kind that thinks I should be at home doing the mothering. No, no, not that. I am pretty sure he still wishes I was still at the criminal bar. No, he still remains, despite four of his grandchildren being breastfed, bemused by the whole thing. At one point, both myself and my-sister-law were breastfeeding in his house, a kind of breast-a-thon if you will – while a few other kids ran around the place. I think he left the room to watch the racing.

He also says things such as, ‘in my day we just let them cry it out,’ ‘why is he still crying’, and ‘just say no’. Hmm, not really that helpful. But the kids love him of course, fun Grandad Bill with all the chocolate, the sweets and the ice cream and he adores them.

Other reactions to the third child announcement included:  “we have friends with six, you are half way there” (when did we say we wanted six children?) and “you just keep going” (again this is our third, not sixth child). We also had – ‘you are like the Waltons’. Sure we are like the Waltons if we had six, count it six, more children. But let’s not get bogged down with details.

Again the size of our house is causing concern. We were told “you will have to move house.” The idea that the children will have to share a room seems completely foreign to some of my nearest and dearest. Perhaps it is a breach of my children’s human rights.

Now, we do live in a modest three bedroom Victorian terrace in London. It is cosy, it does not have the typical aircraft hanger style kitchen extension – but as we own said house, in London, I consider myself fortunate and not knocking on the door of the workhouse yet.

The person who did not surprise me with her reaction was my dear daughter. Her delight was obvious and not in a childish way, but in what seems to be a mature reaction. She is delighted that Mama is “getting a baby”.

I have to tell her it is a long way from now, and that we should not really think about it but still. She wants a sister of course – I blame Frozen. It could be a girl or boy, I tell her, a girl or a boy. And she is not bothered at the prospect of sharing her room at all. Unlike everyone else.