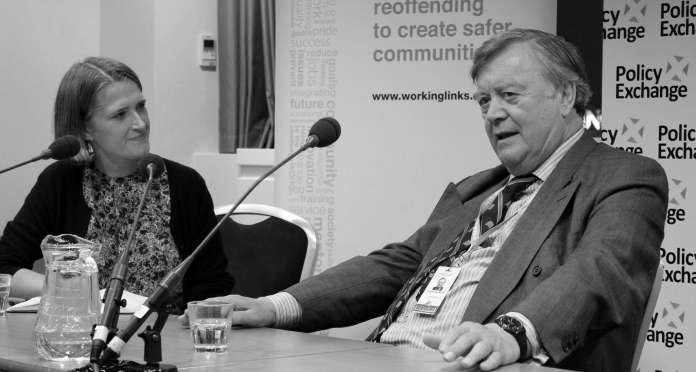 It is true that very few willingly pay attention to Ken Clarke, but still he is forced upon at breakfast time courtesy of the Radio 4 Today programme. When in a bind and they need to someone to rattle on about how great the EU is, one can always rely on the Today programme to roll him out.

The veteran former Tory Cabinet minister accuses many of being ‘hysterical’ over immigration, but I have yet to see any marches or protests. This is in stark contrast to the Greenies who frequently take to marching and placard-waving to tell us we are all going to burn alive from climate change.

Ironically, Clarke and the rest of the pro-EU lobby tell us that if there is even mention of leaving the EU the end is nigh. The hysteria and fear-mongering is all on their side. Oh, we will be isolated, the economy will fall apart, and the Scots will abandon us. They proceed to dream up ever more outlandish claims to frighten us all to stop ‘banging on’ about Europe and immigration.

What grates the most is how Clarke and his ilk, in an attempt to stigmatise anyone with concerns over immigration, always use the words ‘modern’ and ‘global.’

We are in a modern global economy now, we have to get used to it, we must be forward thinking, and well ‘global and modern.’ These are the favoured buzzwords; you hear them all the time, as if this marks the end of the argument.

What they don’t understand is that most who seek to leave the EU do so because of the way the global economy is changing, and that Brussels operates as a cartel, a closed shop and is anything but modern. This is eloquently explained as always by Mr Daniel Hannan MEP here.

Britain has been global since the time of the East India Company, for goodness sake, so stop patronising us all on what we must be ‘realistic about’.

The question is not whether we need immigration, the question is who gets to control it: the British people through its democratically elected government or Brussels bureaucrats?

Only those who distrust the British people believe the Eurocrats should control British borders and immigration. People just like Ken Clarke.