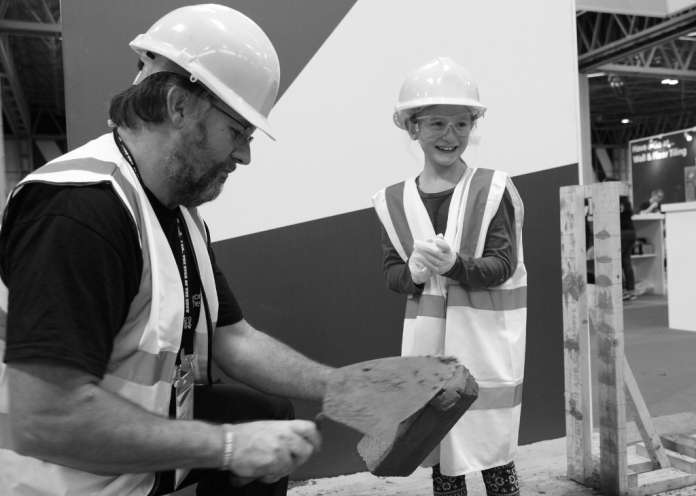 Gender Gap warriors of the world, put down your laptop! I have just the job for you and that job is bricklaying. No, not brick lawyering (construction law) but bricklaying.

The Today Programme informed me that there is a serious shortage of bricklayers and too many ‘cowboy bricklayers.’ In fact, its Twitter feed comes complete with the lovely builder Matt brandishing his big drill.

Just think ladies; you too could be wielding that drill instead of your iPhone and to much better use than bleating on about the imaginary gander pay gap. You could actually build something – a family home. Now that is a legacy.

There is a construction site near my home; a police station was demolished and a school will be built in its place. My son, the classic boy, always wants to have a look at the site so frequently I march on down. He even has his own Hi Vis jacket and brings his toy digger.

Unsurprisingly, during my many visits, I have never seen one female construction worker during the demolition job, which was a feat of engineering. The builder warned my son off a career in construction, saying it was dirty and that he encourages his own son to do ‘something in computers.’ I explained that with the diggers, and scoop buckets, banging, ‘whacking’ (he has his own whack hammer), deafening noise and hard hats, this was my son’s dream job.

My daughter, by the way, never asks to visit the construction site, because she is a girl. I would have no problem if she wanted to site visit and encourage the old STEM in other ways, but she does not hanker after the dream of becoming an engineer. This is not because of ‘structural inequality’ but because she does not want to become an engineer. I still give her extra maths despite this.

So where are all the female bricklayers? And more to the point, where is the campaign from Minister for Wimmin and Equalities Nicky Morgan and Maria Miller’s dumplings on her Select Committee of Nonsense, calling for more female bricklayers? The feminists are strangely silent on this kind of gender gap.

So I want to see the feminists at the Fawcett Society and The Guardian put down their laptops and take up the wrench and drill. They should banish their open toe sandals (or high heels) for some toecap boots. Gone are the Reiss wrap dresses for the Hi Vis jacket. Wimmin get your bottoms down to a bricklayer’s traineeship.

Oh, what’s that?  Too messy a job for them? Not glamorous enough for them? Too noisy so no one can hear their inane moaning about the ‘gender gap’? Tough.

Until I see more women builders, scaffolders and bricklayers I will not take seriously any complaint over the lack of female CEOs.

Share
Facebook
Twitter
WhatsApp
Email
Previous articleReader’s Comment of the Day: We’re one step away from an EU army
Next articleDavid Keighley: Want to quit the EU? First you have to get round Carolyn Quinn’s biased BBC report