Laura Perrins: Christmas TV tip. Avoid the repeats and luxuriate in the romance of North and South 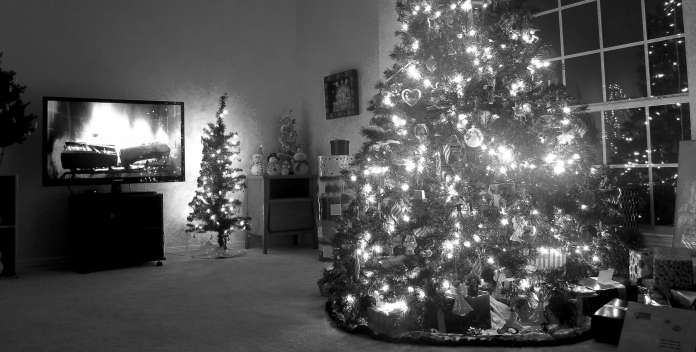 If any of our readers are dreading the Christmas repeat TV schedule on terrestrial TV but have Netflix let me point you in the direction of the BBC made mini-series North and South.

Indeed, all the classic mini-series are there – Pride and Prejudice, Sense and Sensibility, and Emma – in addition to North and South and let me tell you there are worse ways of spending an hour on cold Christmas nights.

North and South is based on a series by Elizabeth Gaskell. Set in the Industrial Revolution it is a masterpiece of British drama. The BBC did not expect much from it but it proved to be very popular, causing a minor website crash when it went out. Our heroine, Margaret Hale, played by Daniela Denby-Ashe, is forced to move from genteel, idyllic life in the South to the grimy Northern industrial fictional town of Milton – where she sees ‘hell.’

This series does not lazily portray the factory owners of Milton as evil money-grubbing child-loathing industrialists. Some of them perhaps fall into this category but not the leading male character of John Thornton.

The delicious Mr Thornton is played by Richard Armitage. At 6”2’ with raven black hair and smouldering grey eyes, some might say (not me – mind I am married, just some other ladies out there might say) where has this man been my whole life? In Spooks, my husband tells me.

John Thornton spends much of his time smouldering, as does his trade unionist antagonist Nicholas Higgins, played by Brendan Coyle (better known as Bates from Dowton Abbey). In fact, there is so much male smouldering in this series I was afraid my TV might melt at some point. Even Brendan Coyle manages to look rugged and heroic wearing only rags.

The fantastic Irish actress Sinead Cusak plays John Thornton’s mother. She is an overbearing figure but has her son’s interests at heart. Poor Thornton nurtures quite a passion for Margaret, who out of disdain for his Northern ways and what she perceives to be cruelty to his workers, ‘will not have him.’ In the grand tradition of Victorian literary heroines, she spends part of her time batting off marriage proposals from suitors while eventually learning to see the wood for the tress.

We all know how this one is going to end, and indeed the ending of this series was once voted ‘most favoured’. Let’s just say it is worth the wait as after four hours of frowning Thornton finally manages a smile while gazing adoringly upon his beloved.

Margaret, like Elizabeth Bennett, comes to appreciate the handsome man before her, as a man of depth, character and strength. The conclusion is sublime; it is perfection and will leave you with a warm fuzzy feeling for days.

Share
Facebook
Twitter
WhatsApp
Email
Previous articleCaroline Farrow: IDS is wrong to limit child benefit to two kids. Transferable tax allowances are the answer
Next articleReader’s Comment of the Day: We should quit the EU but remain part of EFTA