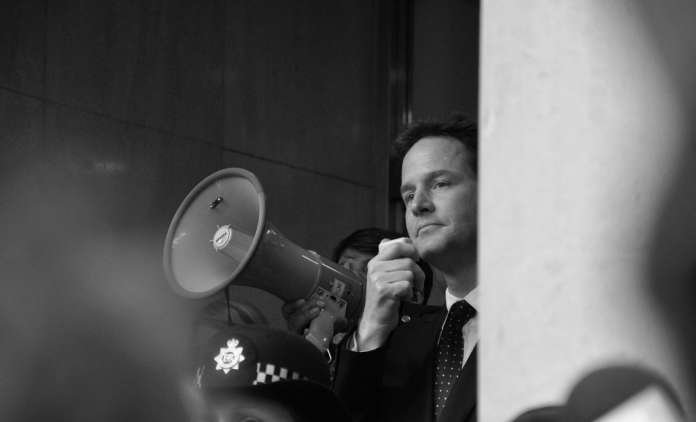 Even by usual standards Monday’s news was pretty horrid. Some hospitals are incinerating the bodies of unborn children for energy.

We heard that some girls are being so brutalised by gang members, who are using them to carry weapons and drugs, that the police are now being encouraged to stop and search girls as well as men.

Less gruesome but still noteworthy was Sir Michael Wilshaw giving nurseries instruction on how to make toddlers ‘school ready’, and finally midwives are now to act as marriage councillors.

There is a golden thread running through these stories: individual liberalism that has so ruthlessly dismantled the family, communities, and the Church has lead to such brutality in society that the State now must step in.

It should come as no surprise really, that the remains of unborn children lost either through miscarriage or deliberate destruction via abortion are treated with zero respect.

When progressive liberalism uses the term “foetus” not as an acknowledgment of the wondrous pre-born stage, but as a term of abuse to dehumanise the unborn, people think nothing of tossing these ‘foetal remains’ / clump of cells into the incinerator.

No, we should not be surprised at all. You cannot treat the unborn with respect when they die, if you ignore their humanity in life. You have the liberals to thank for that one.

The girls who are so brutalised by gangs are easily targeted because the traditional family in poor communities has been dismantled.

Many (although not all) have little family or community to protect them; schools ignore the problem because they do not want to get a reputation for having a gang problem.

So now, unsurprisingly, the State will have to step in, in the form of police stop and search powers.

This does the absolute minimum and if it were not so serious it would be laughable. But there will be plenty of handwringing – do not forget the handwringing.

You really know you are in trouble when “little girls are being dressed in school uniform and the drugs are stashed in their vagina and they’re made to sit in the front of the car. … Girls are being used from a very young age, as young as 8 or 9.” I would say the jig is up.

Then, Sir Michael Wilshaw thinks it is the job of State via Ofsted inspectors to make toddlers ‘school ready’. Again, many years ago mothers were well able to do this themselves.

Now a small minority of ‘disadvantaged’ toddlers are turning up to school barely able to speak and some not toilet trained so – you guessed it – the State must stand in and do the mothering instead.

For the rest of the middle-class kids at nursery they have to be there because mum is working as it is now nearly impossible for a family to survive on one salary.

And then we have the midwives turned marriage councillors. Yes, it seems various arms of the State are going to be trained to explain to new parents how challenging parenting can be and how it puts a strain on relationships.

It used to be the case that the couples own family would lead by example on this one and their community and church would lend support also.

Perhaps the neighbour would take the kids for an hour so the housework could be done; perhaps you could have a good bitch over the fence while putting out the washing about hubby and relieve the stress.

Maybe Mum would leave the kids at the local church crèche for a couple of hours to have a rest. But no, we don’t have this anymore.

Everyone is out working – which is so much better. Still, it’s more tax revenue and power to State. Just what the liberals wanted.