Laura Perrins: My daughters won’t be poisoned by feminist piffle 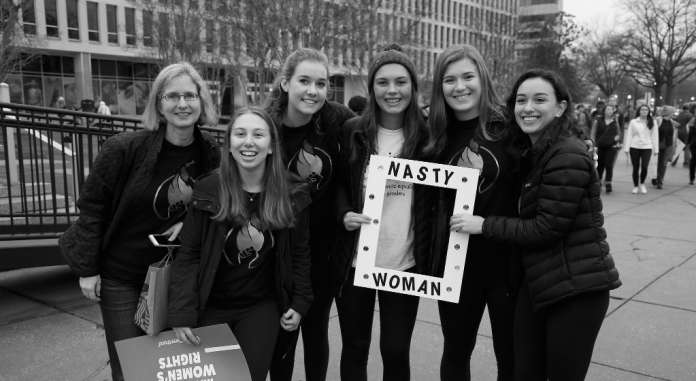 If there is one thing I intend to save both my daughters from, it is the poisonous, odious feminist ideology. If it takes my last drop of blood, I will prevent their minds being warped by this destructive nonsense that tells them they will face a lifetime of discrimination in the workplace and personal attacks on campus. I will protect them from the victimhood that is the sisterhood – so help me God.

During the Super Bowl in the US, Audi took it upon themselves to belittle girls and women with the following ad. A male voice in a grave tone says: “What do I tell my daughter? Do I tell that her grandpa is worth more than her grandma? That her dad is worth more than her mom? Do I tell her that despite her education, her drive, her skills, her intelligence, she will automatically be valued as less than every man she ever meets?

“Or maybe … I’ll be able to tell her something different.”

Yes, maybe you should stop lying to her. Maybe you should lay-off the propaganda and tell her that she is living in a time and place of unparalleled fabulousness for women – where with drive and determination she can achieve professional and personal success if that is what she wants.

Perhaps, you should tell her that she is likely to out-perform her male friends throughout her education and at university as well as out-earn them in their 20s. She can continue to out-earn them if she works the same hours, in the same job. If she works fewer hours in less well paid jobs she will be paid less and if she graduates with a major in gender studies and a minor in lesbian dance, the chances are the engineering graduate will earn more than her.

Mind you, I will be telling my daughters there is a lot more to life than worldly success. That first and foremost kindness, decency and manners matter. I will tell her that family and friends should be valued and nurtured. That one should live by morals and norms as opposed to mere emotions and feelings.

Only in the sad world of feminism do people think their grandpa is ‘worth more than their grandma’. Is this because he earned more than her? So what? Who in their right mind judges anybody by their pay-cheque? The feminists it seems. This is so deranged it is almost beyond satire.

And it would be funny if it were not so serious. Because the truth is – as I have said before – modern feminism is turning our young women into weak, pathetic moaning minnies. It is morally wrong to lie to, disempower and infantilise our daughters in this way.

When feminists hear an idea that clashes with their world-view, they run to their safe space clinging to their teddy and stroking their puppy. Books that are challenging must have trigger warnings. This is seriously life-limiting.

So I will allow my daughters their teddies and the safe space of their home for now (the eldest is 7) but I expect them to grow into responsible, decent, serious young women in the future. In sum, I hope they will be conservatives.