NewsPaperthe art of publishing
HomeLaura PerrinsLaura Perrins: Dawkins and the culture of death. His call for the...
3

Laura Perrins: Dawkins and the culture of death. His call for the abortion of Down’s babies is wrong 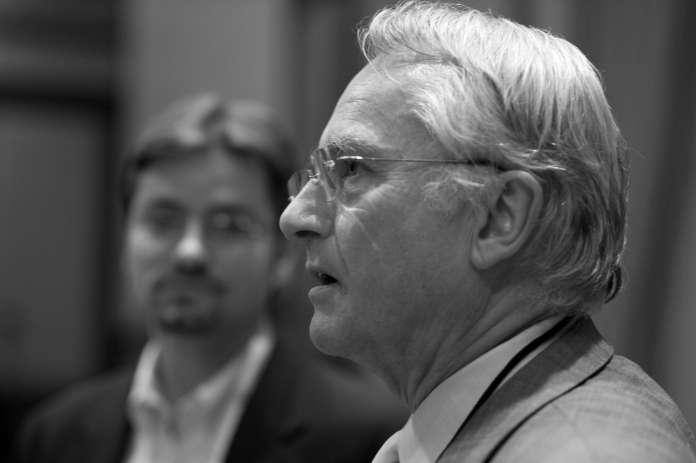 Professor Richard Dawkins has been pontificating again, this time taking a break from his busy schedule to condemn parents who refuse to conform to the culture of death. On Twitter yesterday he said parents who had had a diagnosis of Down’s syndrome in pregnancy should “abort it and try again.” It was “immoral” not to terminate the foetus at this point.

Dawkins has come up with a new test as to what counts as human – whether it has “human feelings”. So called ethicists who see no inherent dignity to the human person and in particular the unborn human child have been inventing various arbitrary tests for some time now as to who can be discarded like pieces of meat, and who enters the human family and is worthy of protection. This is a doctrine known as functionalism – the belief that what defines human persons is what they can and cannot do.

Professor Peter Singer, the Australian utilitarian philosopher, has no problem with infanticide up to 30 days post birth as the human infant is not self-aware. In 1979 he wrote: “Human babies are not born self-aware, or capable of grasping that they exist over time. They are not persons”.  Therefore, “the life of a newborn is of less value than the life of a pig, a dog, or a chimpanzee”. Similarity, recently, two Italian ethicists also said infanticide of infants born with Down’s syndrome should be A-ok.

These “humanity tests” are completely arbitrary and do not explain why qualities such as self-awareness should be the decider as to what is human and what is not. Human infants may not be self-aware, and may not have human feelings beyond primary needs, but then neither will any human adult in a coma, so I presume they are fair game also. But that is the culture of death for you – it always hungers for more victims to swallow up in its gaping jaws. And Prof Dawkins, in particular, likes to feed it.

Among the reasons why I have refused tests for Down’s syndrome in this my third pregnancy (and my previous two) is first because I would continue with the pregnancy anyway, but second I did not want to be subject to the subtle and not so subtle pressure frequently brought to bear on parents who do receive such a diagnosis. Prof Dawkins is a good example of this subtle societal pressure.

Prof Dawkins’s remarks only add to the stigma and difficulties faced by families and people with Down’s syndrome. He tries to get out of this by saying he this does not mean those people with Down’s syndrome already born should be killed (although our two Italian ethicists would beg to differ). But surely Dawkins, king of logic, can see that if you condemn as “immoral” any family who continues with a Down’s syndrome pregnancy, you are not helping those born with the condition either.

There are many families who, for their own no doubt private and carefully thought out reasons, have decided they could not cope with a child with the condition. And no doubt they would not, publicly at least, condemn those families who make a different decision. But Prof Dawkins has no problem condemning and stigmatising these families who have decided they can cope with a child who has Down’s. In fact he calls abortions on this ground ‘civilised’.

It should not surprise us, of course, that the atheist Dawkins feels this way. To him, the human foetus is little more than a piece of meat – in his Twitter musings he says pro-lifers are inconsistent unless they are vegans, implying it seems to me that the human foetus has no greater worth than an animal.

He implores us to Learn to think in non-essentialist ways. The question is not “is it ‘human’?” but “can it SUFFER?” Em, no thanks. I don’t think I will start to think in a non-essentialist way if it means I start to compare human life to that of an animal, and condemn the most vulnerable members of the human family. I think I will stick to my Christian ethics, thanks Prof Dawkins.

If you do not believe in God, and therefore do not believe that every human child is a gift from God, then of course it makes sense that you can pick and choose those who are worthy to be born, and those who do not make the grade. In fact, terminating a pregnancy seems so simple to Dawkins: “Abort it and try again”. See how easy it is for Dawkins. This man who has no idea what it is like to carry a human life, just to “terminate it, and try again.” Kind of like going shopping.