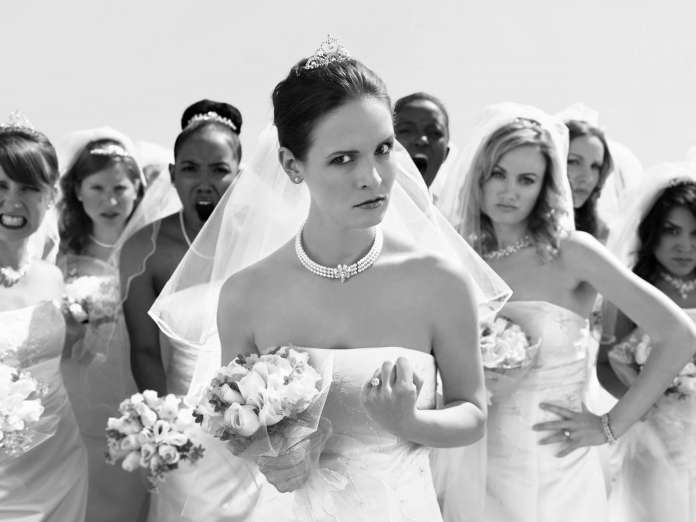 Huge, absolutely huge news just in. Are you comfy? Are you ready? It turns out that women, even highly educated women, in fact especially highly educated women still manage to marry men who out-earn them. Gosh, blow me down with a feather I just did not see that one coming.

It was confirmed in this research, which showed that despite the explosion in couples where the wife is more educated than the husband, even within this group the husband out-earns her. In 2012, ‘only 39 per cent of newlywed women who married a spouse with less education out-earned their husband, and a majority of them (58 per cent) made less than their husband.’

The researchers did not dare to ask why a full 58 per cent of women who despite being better educated than their husbands managed to earn less than them. No doubt it is down to the evil discrimination out there or perhaps it is because a degree in gender studies is not as good an economic return as one in engineering. But sure you could explain this to a feminist until you were blue in the face and they still will not understand, the dim-wits.

There are some fancy-pants statistical models in there, but to cut through it all she tells us, “for a majority of couples, husbands were in a higher income decile than their wives regardless of the time period and the educational pairing of spouses.” So for the majority of couples husbands are the still the main breadwinners. Could have told you that lady even without your, “log-linear models.”

It gets interesting however in that marriages where women had more education they were still 93 per cent more likely to marry men with higher income than themselves. But then we know not all degree subjects are of the same worth and will generate the same income.

There was a very interesting question, asking, Some well-educated women today choose to step out of the workforce temporarily to be at home with their children. Do you think this could be at least part of the reason that higher educated women still “marry up” in income—perhaps so they’ll have the option of working less when they have young children?

Unsurprisingly, the professor fails to see the wood for the trees here. She answers (in summary) ‘From women’s perspective, with increases in their economic independence implied by their high levels of education, women do not necessarily lower the value attached to financial resources of potential spouses.’ Really? Gosh, now why might that be? Why do these highly educated women who we assume are also very well remunerated, at least compared to their high school only-educated sisters, still choose spouses with greater financial recourses than themselves? They are in the position to ‘marry-down’ if they wanted to? So why don’t they? Why don’t they snare themselves a new man, or whatever they are called? Is it because they want, despite all the feminist propaganda and expensive education – want a partner who can provide? Of course it is, because this is what nature intended.

Turning to the men Yue Qian, assistant professor in proving things our grandmothers know, speculates, “men may hesitate to form marital relationships with women who have both more education and higher incomes than they do.”

Again she does not explain why that would be – although I think it is implied that it is because they are insecure. Although it should be clear by now that greater education does not mean greater income, why would a man not jump at the chance to marry someone who out earns him? Is this not the Promised Land – less pressure to provide on him? And there are plenty of these women out there. Or maybe, just maybe he puts a value on other things, than what his spouse might earn?

I should add, by the way, that in couples where the wife has more education, but is still out-earned by the husband it is likely that she will also therefore carry more college debt.

Yet, despite the fact that this less educated man will out-earn his wife and has (at least) pooled his debt with someone who has a greater debt burden, he will still be seen as the bad guy because he ‘enjoys’ a gender pay gap in his favour, which he then proceeds to spend on this family. Honestly, you wonder why these guys bother getting married at all.