NewsPaperthe art of publishing
HomeNewsLaura Perrins: Extremism one day is orthodoxy the next. May’s plans threaten...
3

Laura Perrins: Extremism one day is orthodoxy the next. May’s plans threaten freedom 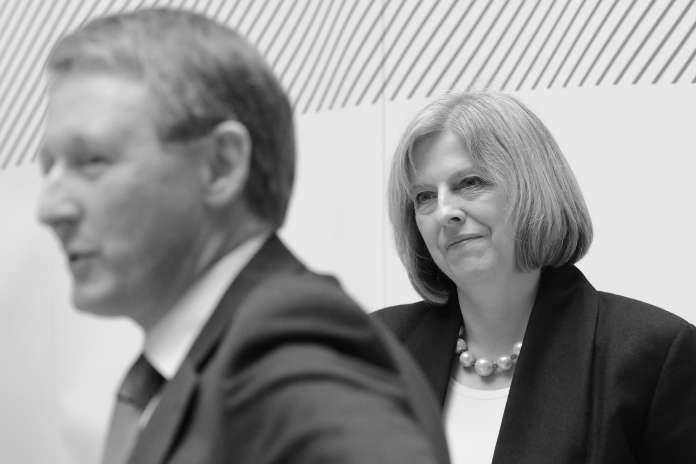 Nick Cohen believes that the pledge by the Conservative party to scrap the Human Rights Act is a form of ‘extremism.’ He believes that those on the right of the party are extremists, and “if Cameron wins the next election, that extremism will drive a majority Tory government.”

This report states that police chiefs recorded the political activities of two Green party politicians on a secret database that was set up to track campaigners deemed to be “domestic extremists”. In 2010 a former leader of the Conservatives in the European Parliament, Edward McMillan-Scott, defected to the Liberal Democrats in protest at the Tories’ decision to form a group in the European Parliament with “extremist” politicians. He said “it was wrong of Cameron to associate with MEPs who have extremist pasts in his new European alliance.”

In the Unites States, if you believe that life begins at conception (as most of the scientific literature states) you are frequently branded a “pro-life extremist” from people such as Senator Harry Reid and the entire liberal media, which is pretty much all of the media. Sometimes these people are also referred to as anti-abortion extremists. And of course you will frequently come across the term “pro-abortion extremists” from the other side.

It is all about positioning. If you want to demonise someone and their opinions, label them as ‘extremists’ and you are half-way there. Then you do not have to engage with actual argument.

Matthew Parris believes Ukip is a party of “extremists.” I could go on but I hope you see where I am going with this.

Having considered how Green party politicians, to those in Ukip, the pro-lifers and the pro-choicers, can all be labeled extremists one must read carefully the Home Secretary Theresa May’s proposal at the Conservative conference to outlaw extremism. Is this a good idea in a modern, liberal democracy?

If you check the definition of extremism, it means to hold an opinion far outside “the norm.” These are views that are unfashionable and unpopular. That is it. They are not necessarily hate-filled views – even though it might be sold like that.

Neo-Nazism or Islamic extremism that incites or promotes violence or hatred are already outlawed. The State does not need any more powers to outlaw speech that is merely unpalatable.

Theresa May has proposed measures that by whim of the State could officially label a citizen “an extremist.” These measures “will aim to undermine and eliminate extremism in all its forms – neo-Nazism and other forms of extremism as well as Islamist extremism – and it will aim to build up society to identify extremism, confront it, challenge it and defeat it.”

So any opinions that are outside ‘the norm’ as defined by the government will be crushed and outlawed. Rarely have I read a more dangerous threat to freedom of speech or democracy itself. This is not just being mocked in the mockable Huffington Post, or the Spectator. This is official, state proscribing of your unpalatable views.

Any sane person, any person who is wary of State power grabs from the Left or the Right, should to oppose this measure. Oh, I hear you protest, she only means Islamic extremism.

Let’s be clear without boring you with the intricacies of the statutory interpretation that the applicability of the measures do not depend on what Theresa May said in some long forgotten conference speech. What matters are the words of the Bill.

Lawyers are paid to argue for a broad interpretation of ‘extremism’ and May cannot limit it to just Islamic extremism even if she wanted to – which she does not. She wants to outlaw “extremism in all it forms.” I do hope you know how broad that is.

The State has no business outlawing views that are beyond the pale. Views that were considered beyond the pale only a few decades ago are now the ruling orthodoxy. If a measure like this makes it anywhere near the statute book it should ignite a mass protest from all extremists – Ukippers, Greens, lifers, choicers in one moment of outraged unity.

I am not a marching woman but I am pretty sure this would get me on the streets. To paraphrase that great philosopher of our time Eminem, we should all march to the steps of Downing Street, burn the flag and replace it with a banner proclaiming ‘extremist views’ such as life beginning at conception or that Britain needs to leave the EU. You have been warned.

Share
Facebook
Twitter
WhatsApp
Email
Previous articleTamara Chabe: Socially Conservative parties can win the black vote
Next articleMatthew Walsh: What is the point of the Lib Dems? Even Clegg cannot tell us