NewsPaperthe art of publishing
HomeLaura PerrinsLaura Perrins: Atheists on the warpath. The right to a religious education...
6

Laura Perrins: Atheists on the warpath. The right to a religious education is sacrosanct 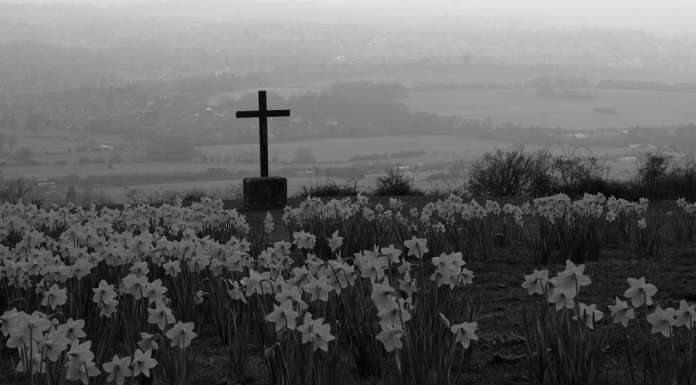 In what is at least the third attack by a Times writer on religion, Matt Ridley, the “distinguished supporter” of the British Humanist Society, would like to deny parents their right to educate their children in their religious faith. This, as I have said before, is a clear breach of Article 8 of the European Convention of Human Rights.

He tells us, “the best way to prevent young girls in Birmingham being told that ‘if a woman said no to sex with her husband then angels would punish her from dusk till dawn’, is to leave religious practice — though not education about religion — out of school altogether.” No, not really.

If you are intolerant of religion this will be your answer, as you seek to use yet again the Trojan horse scandal in a non-faith secondary school for your own undemocratic and illiberal ends.

The sensible way to stop girls being told this type of thing would be to challenge Islamic extremism creeping its way into non-faith schools. But then this does not suit Mr Ridley’s anti-religious dogma. I have yet to read of extremist practice in either a Church of England or Catholic school.

The real reason these people oppose a parent’s right to pass on their religious faith to their children is that they view children as appendages of the State, and not part of a family. Children are free to leave any faith behind when they reach adulthood. But until that time they are in the love, care and guidance of their parents, which in a democratic society trumps that held out by the State, unless of course you live in a Communist country. These countries not uncoincidentally prohibit religious practice and permit only atheism.

Mr Ridley tells us of an upcoming “great global gathering of atheists and humanists in Oxford for the World Humanist Congress.” I cannot wait. Speakers will include none other than our deputy Prime Minster Nick Clegg, who happens to send his eldest son to the Catholic Oratory School.

That should make for some awkward conversation over the canapés but I suspect he will blame it all on his Spanish Catholic wife. Handy that; having a wife who can save you the political hassle as well as considerable financial expense of having to send the kids private even though you could afford it. Sure you can just deny the Somali immigrant children with Catholic parents a place instead.

Mr Ridley goes on to compare some faiths to “virulent infections” and laments that “some of the stuff Professor Dawkins has to read about himself would be condemned as hate speech if said about a Muslim.” Oh, the irony.

He boats proudly that “… atheists do not threaten our critics with violence”. Really Mr Ridley? Perhaps you have never been on Twitter where one delightful person who tweeted me describes himself as, “atheist and ..The only church that illuminates is one that’s on fire.” So as we are busy painting each other with some rather large brushes we shall just leave it there.

So there we have it. Apart from the constant attacks by atheists on Christian parents’ right to raise and educate their children in their faith, the attacks on Christians who oppose gay marriage, and threatening to set churches on fire, our atheist friends are just oh-so-tolerant.

Finally, Mr Ridley states: “The number of people attending church has gone down at about the same rate as the number of people who commit violent crimes. I am not suggesting a causal connection.” He uses this statistic to say Godlessness does not lead to immorality. Mr Ridley should know that there is a big distinction between violence and immorality. The increased rates of divorce and births out of wedlock in the last 30 years suggest, however, that there may well be a link with decreased religious practice and immorality.

Funnily enough just two pages later in the Times, Libby Purves writes of “the apparent epidemic of serious depression in teens and twentysomethings.” She blames drug use. But we also know this must have coincided with a decrease in religious observance – not that I am suggesting a causal connection. I know the difference between causation and correlation

Share
Facebook
Twitter
WhatsApp
Email
Previous articleChris McGovern: The Blob has gobbled up Gove. Will Ofsted chief Wilshaw be next?
Next articlePhilippa Taylor: Donor-conceived people should have the right to know their genetic parents