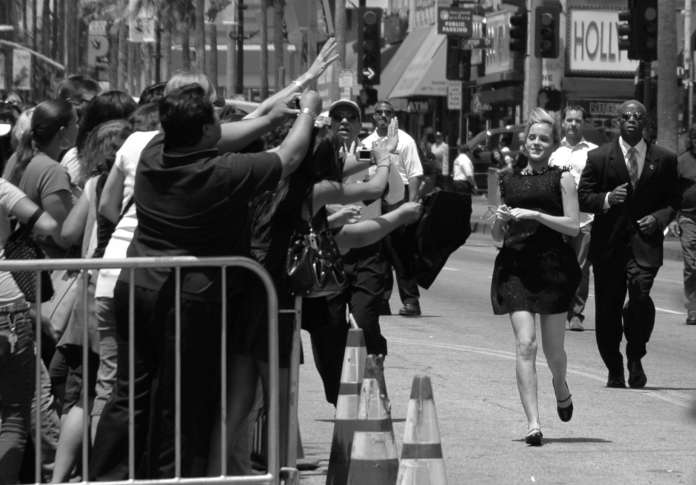 Goodness is there no end to Emma Watson’s talents? She has taken time out of her career to save men from themselves. Yes, all 24 years of her. She gave a speech at the UN – she is UN Women Goodwill Ambassador – to tell us all, that despite reality, gender is a “spectrum.” Something tells me she minored in that ever-popular subject ‘gender studies’ while at Brown University.

Ms Watson believes that feminism – for some strange reason – now has reputation for being ‘anti-men.’ How could that be? Is it because feminist Queen Jessica Valenti likes to ‘bathe in male tears?’ Is it because terms such a ‘campus rape culture,’ now so widespread in the US, implicate all men in the heinous crimes of a few? Is it because feminists have told fathers for the last 30 years that they are surplus to requirements? Perhaps so.

Ms Watson is unhappy that her ‘father’s role as a parent (is) being valued less by society despite my needing his presence as a child as much as my mother’s.’

Why is Ms Watson surprised by this when feminist Overlord Harriet Harman co-authored a 1990 IPPR report “The Family Way” which stated “it cannot be assumed that men are bound to be an asset to family life or that the presence of fathers in families is necessarily a means to social cohesion”. Why are we surprised that fathers have been diminished when some view them as ‘sperm donors’ and nothing more. This is why feminists are seen as anti-men – because all the prominent ones that decide social policy are.

Ms Watson was surprised that when in 1997, Hilary Clinton made a speech in Beijing about women’s rights, only 30 per cent of her audience were male (Watson was seven at the time.)

Sure, that is the big problem in China if you are female. It is not that femicide – terminating often late pregnancies because the feotus is female – has reached epic proportions, a wrong in itself, but one with serious social consequences as the 2010 Chinese census revealed that men outnumber women in China by 34 million.

Not that you will hear Ms Watson speak on that topic, or indeed any condemnation from feminists of the femicide that takes place in India, or the US or indeed the UK. In fact the head of BPAS, Ann Furesi, defends the right to terminate the life of an unborn child because she is female.

Ms Watson worries about our brothers “being imprisoned by gender stereotypes.” She notes they are over-represented in the suicide statistics – and offers the spurious reason that they do not get to cry enough. I did not know she also minored in psychiatry. But as neither did I so I am not going to offer some half-baked reason why this is so either.

I do know that men are also overrepresented in the homelessness statistics, the prison population and they are much more likely to be victims of crime – I doubt it is because they do not “feel free to be sensitive.” But Ms Watson  has a solution – the dangerous notion that gender is ‘on a spectrum.’ No it is not Ms Watson. Except for a tiny, tiny minority of people, gender is set at birth. Emotions may be fluid, but gender most certainly is not.

So instead of feminists condemning men why don’t they stop trashing them and their masculinity? We should make it very clear that, apart from a minority of violent men, fathers are unique and vital to the upbringing of both boys and girls. Even if things do not work out with Mum, he should remain in the lives of his children.

Share
Facebook
Twitter
WhatsApp
Email
Previous articleNick Wood: Mao and Stalin tested state plans to destruction. Why does Miliband think they will work this time?
Next articleKathy Gyngell: Nightmare on Clegg street. No matter how we vote we can’t get rid of his crazy economics