NewsPaperthe art of publishing
HomeLaura PerrinsLaura Perrins: Feminists are not grown ups – they are spoiled brats...
88

Laura Perrins: Feminists are not grown ups – they are spoiled brats spitting out dummies 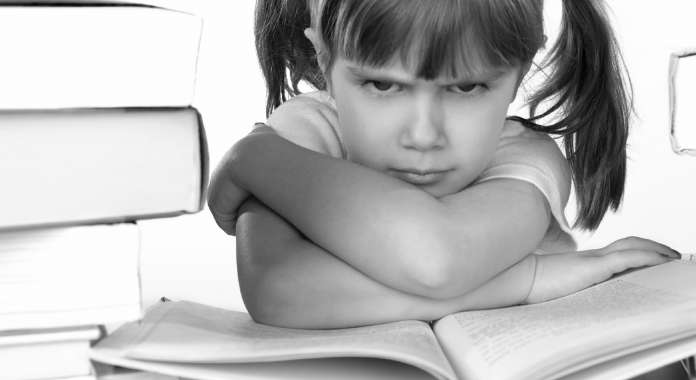 The parenting articles informing us how we are all raising a nation of spoilt brats are ubiquitous. There was one a few weeks ago in Saturday’s edition of The Times.

We are told in a new book The Me, Me, Me Epidemic by the author, Amy McCready, that the signs to look out for include: your children expect bribes or rewards for good behaviour, rarely lift a finger to help, are more concerned about themselves than others, apportion blame when things go wrong, cannot handle disappointment, expect to be rescued from mistakes, feel like the rules do not apply to them, and always want “more, more, MORE!”

You know the drill and you know the type. The author warns that these entitled kids will be unprepared and unable to survive the ups and downs of adult life. People often say, these spoilt brats will get a ‘rude awakening’ when they grow up.

I beg to differ. Many of these entitled, indulged and overprotected brats become feminists, or indeed politicians, and they just remake the world to suit their own utterly selfish desires, to the detriment of everyone else.

Take for example the latest campus demand for ‘safe spaces’ where feminists ban feminists that once wrote something, somewhere that did not toe the current ridiculous feminist line.

These university students demand ‘safe spaces’ not from physical harm or threats or indeed incitement to hatred, but from opinions that differ from their own. They simply uninvite the kids with the challenging views from the play date. End of story.

Not only that but they also demand ‘trigger warnings’ on books such as The Great Gatsby in case the big bad book makes them feel uncomfortable and ‘triggers’ difficult emotional reactions. Oh, no the big bad wolf is going to eat Red Riding Hood – but the book away Mummy!

What makes it worse is that universities are more than willing to ‘protect’ these toddlers. The mollycoddling simply continues.

Let’s take the charge that some children believe ‘The rules don’t apply to them.’ We get a good demonstration of that from expenses-claiming dodgy MPs all the time. The cool kids at Facebook don’t seem to think the tax rules apply to them either.

Then there is marriage– this was always between one man and one women. But then suddenly this did not suit a minority of people and their desires so they just changed the rules of an age-old institution to suit themselves. You could call that change the epoch of the Me, Me, Me epidemic. To hell with the common good!

Children rarely lift a finger to help, well the boomer parents have been dropping out of civil society for years as recorded in Bowling Alone.

The congregation for some Church of England services are down to ten people a week, no doubt elderly and of the war generation. The generation that came after just cannot be bothered to go – sure they are talking about God and not me! What’s the point?

The entire mythical gender gap is because the feminists cannot handle the disappointment that their film studies degree will not make them as much as the men who chose engineering.

We had the ludicrous spectacle of Jennifer Lawrence bemoaning the fact that she did not get paid as much as her co-star Christian Bale in the film American Hustle this week. First, Ms Lawrence you are not as well as established or have the track record of Christian Bale, and secondly if you did not negotiate as hard as him and his team that is your problem. Own it.

I see so many spoilt brats around me it is difficult to keep up. A barrister gets a compliment from an older man so she throws her rattle at him. Women want to be paid the same as much more senior professionals while demanding flexi-hours.

Listen, if feminists and university students want safe spaces they should toddle back to their nursery, get into the playpen and lock the childproof door behind them.

There they can grab their comforter and shake their rattle. As they rattle away in the ‘safe space’ they should learn the following nursery rhyme: Sticks and stones may break my bones, but challenging debate, tweets, t-shirts worn by scientists, and compliments will never hurt me.

Share
Facebook
Twitter
WhatsApp
Email
Previous articleReader’s Comment of the Day: Will children have to report their parents to the authorities?
Next articleT.A. Pascoe: Christians are persecuted in the Middle East because the West has lost its faith