NewsPaperthe art of publishing
HomeLaura PerrinsLaura Perrins: The feminists who did not bark in the night. Because...
3

Laura Perrins: The feminists who did not bark in the night. Because Dawkins backed abortion 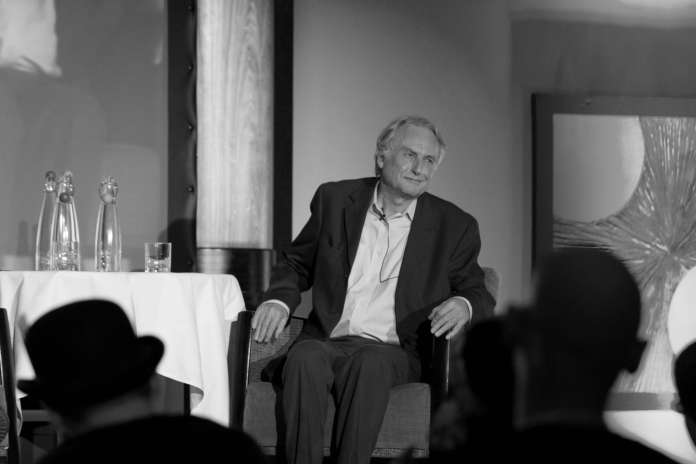 Lucky Richard Dawkins. He is accumulating quite a few invitations from families who are raising children born with Down’s syndrome, children that Dawkins believes should have been aborted. Sarah Palin invited him around to her home to meet her son Trig.

The Flynn family have invited him to lunch to meet their two children by adoption who happen to have Down’s syndrome. They do not sugar coat it. It can be difficult, especially with one of their children twice fighting cancer. But, for this family, it is worth the joy.

I guess that is the difference between people. Some professors like to sit behind a computer telling people they have a moral imperative to abort an unborn child born diagnosed with Down’s syndrome. Others open their lives and their home and adopt a child into their family, raising them in joy. I think I know who I would rather have lunch with.

So, Professor Dawkins has some lunch invitations to sort through. Twitter has been set alight by the man who ‘abolished God’ only to set himself up as an alternative. One group who have been noticeable in their silence, however, are the feminists.

This is despite the fact that Dawkin’s took to Twitter to tell another woman what she should do with her pregnancy – albeit an hypothetical one. Men dictating to women as to what they should do with a pregnancy – this is cardinal sin number one in the feminist handbook yet I have seen no push-back from them.

It is important to note that Professor Dawkins was not defending the right of those who receive a diagnosis of Down’s syndrome to terminate the pregnancy – although he may have attempted since then to shift the debate in that direction.

What he said that is that it would be “immoral” to continue with a pregnancy once such a diagnosis had been made. In other words, a pregnant woman has a moral imperative to terminate her pregnancy and a failure to do so was worthy of condemnation. In fact, he called terminations in these circumstances “civilised’, so in other words the continuation of a pregnancy in this case not only makes you “immoral” but “uncivilised.” That is some pretty strong condemnation and judgement from Dawkins.

Dawkins, a man, has dictated to other women what they should do with a pregnancy. The feminist reaction? Silence. I checked over at The Guardian what they were thinking, and it the answer is – not much.

One commentator was pretty upset that Hollywood did not include abortion in its story lines more, because abortion, is, as you know, very entertaining.

Predictably, they are also pretty upset that Irish laws do not permit the killing of a baby of 23 weeks gestation who was born alive by caesarian section instead. A pity that Ireland is not like England, where if such a unborn baby was terminated,  its foetal remains could be incinerated to create much needed energy for our hospitals.

So, when this man, with a huge audience, tells women what they should do with their pregnancy the feminists are found wanting. I wonder why? Is it because he advocated a termination instead of continuation? If so, this reveals that the feminists are pro-abortion and not just pro-choice.

What if the judgement was reversed and Dawkins said that a woman who terminated a Down’s pregnancy was immoral? Let’s just consider that for a second. Truly, I tell you, the Twitter meltdown from feminists would be so epic, the outrage so monumental, and the vitriol so scorching that our computer screens would melt. But not this time. No, if mothers are condemned for continuing with a pregnancy, the sisterhood is nowhere to be seen.

Share
Facebook
Twitter
WhatsApp
Email
Previous articleHolly’s Letter From America: ISIL, a monster created by the West’s inaction?
Next articleCaroline Farrow: Why I have refused the Down’s test for my unborn child