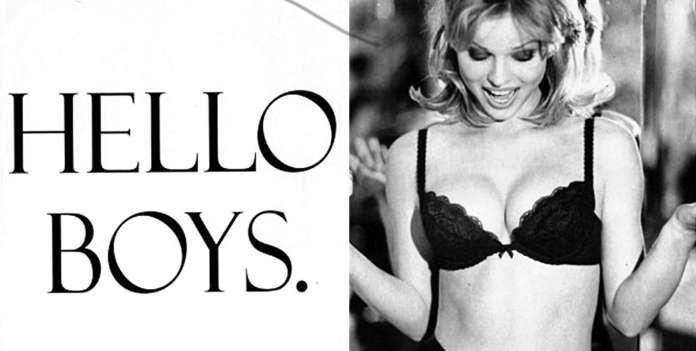 The feminists are ‘intersecting’ with the five stages of grief in the face of Women Against Feminism. They have passed through denial and isolation, and they have now proceeded to anger. It remains to be seen how bargaining, depression and ultimately acceptance will play out.

Denial and isolation is evident from the allegations that the Tumblr and Facebook page of Women Against Feminism (I am not going to call it a movement as the Facebook page denies it is one) were really started or at least linked to the Men’s Rights Movement. This piece suggests “Everything about Women Against Feminism suggests it’s a sock puppet for the aggrieved misogynists and pedophiles of the anti-feminist men’s rights crowd.” Yes, denial is always the first emotion.

It does not really matter now who set up the non-movement. Let’s call it a sentiment for now. Kermit the Frog could have set it up, but what is clear is that it has hit a nerve, and there are many, many young women out there who do not identify as feminists. They cannot all be actresses – they look real enough to me.

In fact, the feminists are none too happy about how these young ladies are presenting themselves in public. The feminists are now intersecting with that very masculine emotion: anger. In the same New York Observer article, women who declare they are against feminism, are dismissed as having opinions that are, “blinding idiocy and prejudice.” So much for the sisterhood.

The following comments were made on their appearance: “Black nail-polished hands hold a notebook over a half-shirt exposing a bellybutton.” Black nail polish. The scandal.

There is also concern that a note is propped against the “protuberant cleavage enhanced by a pushup bra under a tank top.” A pushup bra. Call the police.
It continues: “A woman with two or three lip piercings.” Lip piercings – three of them- I need to sit down. I did mention that this was from a feminist, and not the Daily Mail?

Finally it all gets too much for the writer – it must be an off-shoot of the men’s rights movement, as “the main clue is that almost all the women on the site are nubile and posed in ways that fulfill dirty old men’s wildest dreams about pliant young things.” Really, the feminists, they have always got your back – unless you disagree with them in which case they will place a rather large knife in said back.

Feminists want to be treated as adults, but demand their employers pay for their contraception. They demand the State and/or employers cover their childcare. Surrendering responsibility of your own children to the State is not freedom.

So we have seen denial and anger – I wonder how bargaining will play out? Contemporary feminists do not like bargaining or debate but they sure do like the fourth stage: depression. To keep the industry going, one must have more victims so it becomes necessary to spread a bit of bad news – even if most of it is false.

Never mind that in the UK it has never, ever been a better time to be a girl. Girls outperform boys at all levels in education, and women out-earn men aged 20-29. After this they decide to have children – and should they take time out to care for them when they return to work, because they have less experience than men or women who have not taken this time, they may be paid less. This is not a ‘pay gap’. It is recognising that experience matters.

Also, remember, it is a terrible, terrible thing that any mother should care for her own child. Should she choose not to, and take very little time out, she will be paid the same as her male counterpart for the same work. There is no gender pay gap; it is myth propagated by women on other women to make themselves feel worthy and needed. You do not want to spread this around, however, as it will mean fewer victims for the sisterhood industry.

The final stage in the grieving process is acceptance. Will feminists accept it is time to change and allow more women into the fold? Will they learn not to trash full-time mothers, or at least make an effort at hiding their distain? Do not bet on it – there are a lot of the stakeholders involved in this industry. One must protect one’s interests. Otherwise you might have to quit teaching gender studies class and get a real job.