Laura Perrins: FGM fiasco shows that the DPP is a feminist playground 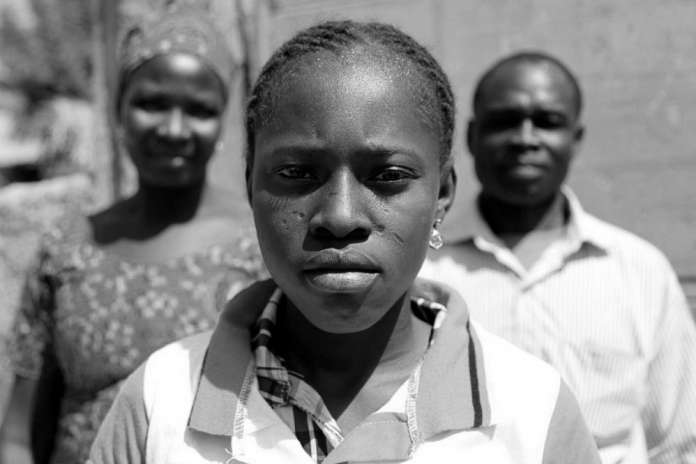 Another day, another outrageous prosecution by Alison Saunders, the Director of Public Prosecutions. On Wednesday Dr Dhanuson Dharmasena was acquitted of the hideous crime of female genital mutilation (FGM).

It took the jury just thirty minutes to deliver their not guilty verdict. But not before Dr Dharmasena and his family put their lives on hold as he was dragged through the criminal courts accused of mutilating a woman after she had just given birth.

This prosecution was brought after a high-profile political push to bring the first prosecution for FGM. It seems the office of DPP is nothing more than a plaything for feminists and politicians with their very narrow agenda – to prosecute men for crimes against women, on little evidence.

FGM is of course an abhorrent crime, but the reasons for the lack of prosecution is down to the fact that first, victims are slow to report their own family to the police and secondly, misplaced political correctness that until recently has prevented those in authority from reporting their suspicions.

What I am sure of is that our hospitals are not full to the brim of male doctors lurking in the labour ward for their chance to mutilate women.

Dr Dhanuson Dharmasena qualified in 2005 and began specialising in obstetrics and gynaecology in 2008. He trained for years to help labouring women and their babies.

Mr Justice Sweeney, in summing up to the jury on Wednesday, said everyone accepted Dharmasena had saved the life of the woman’s baby in an emergency delivery on 24 November, 2012. For this he ended up in the dock.

Dr Dharmasena no doubt frequently dealt with difficult labours, perhaps labours where baby becomes stuck in the birth canal and needs his assistance to be born before being deprived of oxygen or dying. But the DPP would have us believe that instead of saving lives this doctor was in the business of cutting off women’s genitalia for oppressive cultural reasons. One can only imagine the torment he has suffered for the last year.

Dr Dharmasena was faced with the emergency labour of a woman who had already undergone FGM. After saving the life of her baby in an emergency delivery procedure that involved him making a cut through the scar tissue of her FGM, he had to decide how to deal with the injury post birth. The Crown claimed the 1.5 cm stitch he had used afterwards to repair the scar amounted to re-instituting the FGM, and was a criminal offence.

The jury rejected this and did not accept that this amounted to FGM. The woman herself never supported the prosecution.

After the verdict Dr Katrina Erskine, consultant in obstetrics and gynaecology at the Homerton Hospital in London, said she was left with no faith in British justice. She declared: “It is ludicrous to conflate anything a doctor or midwife may do at the time of delivery to a woman who has already suffered FGM with FGM itself, and it is insulting to women who have actually suffered FGM.”

Erskine – who is an expert on working with women who have suffered FGM – questioned the timing of the DPP’s announcement of the charge last year. “It was very interesting that the prosecution got announced three days before the Director of Public Prosecutions was called before the select committee,” she said.

When the DPP, Ms Saunders, was challenged on the Today programme (only last week she was there calling for men to prove their innocence of charges of rape), she hid behind the usual lawyer-speak that the judge was happy to let this go to the jury, who apply a different test to what prosecutors do when deciding to charge.

A simple ‘We are sorry” would have sufficed.

The Director of Public Prosecutions is a publicly funded entity that uses public resources to prosecute offenders in the name of the public. This prosecution was brought in our name. It is a disgrace that this public office is being used and manipulated by those who wish to push their own agenda with innocent doctors such as Dr Dharmasena paying the price.