Laura Perrins: Free speech is sacrosanct  – as long as you worship the Gods of the liberal elite 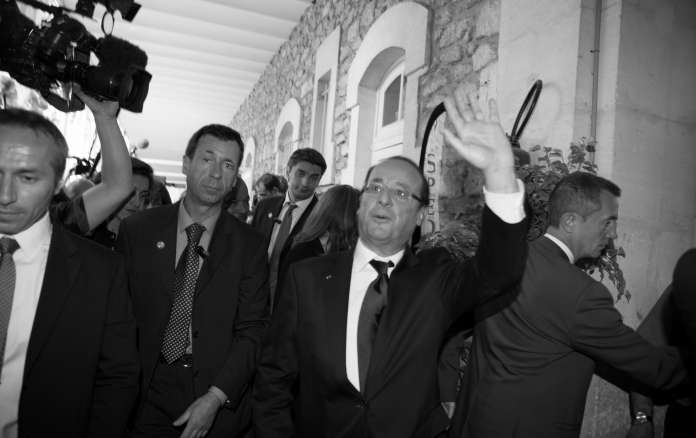 There is a stench wafting down from Mount Pompous. The liberal elite, who inhabit Mount Pompous, are generating such a stink of hypocrisy it is difficult to stand.

“United” in their condemnation of the Islamic terrorist attacks in Paris, we are told freedom of speech will not be defeated. They will defend – Cameron, Hollande and the rest of the muppets who cannot protect their own people from some idiot losers getting their hands on AK47s – the freedom to offend. This from the PC Brigade!

This stench of hypocrisy is so overpowering because it comes from those architects and defenders of the PC agenda who depend entirely on shutting down debate that offends the new liberal-PC norms. The entire raison d’etre of the PC agenda is  essentially to outlaw thoughts and speech deemed beyond the pale. Anything that offends with be mercilessly rooted out.

You can offend religion, or the religious. That is fine. But you cannot offend the secularists Gods of Equality and Diversity for instance. Now, I will accept that the PC police will not shoot you for offending the PC/Liberal Gods, but they will attempt to ruin you and your livelihood. Demanding resignations is now stock in trade for anyone who does not toe the Liberal line.

It was only last week that the resignation of none other than that hapless jobsworth Gordon Taylor was demanded for making an idiotic comparison between the campaign for justice by the families of those who died in the Hillsborough disaster and Ched Evans, who maintains his innocence against a conviction for rape. Sure, this was stupid but did not justify calls for his resignation.

When the welfare reform minister Lord Freud suggested ways of improving employment prospects for people with disabilities, including the option of paying them less than the minimum wage, the braying PC mob – including those in his own party – wasted no time in demanding his resignation.

Ed Miliband said: ‘It’s very serious. He didn’t just say that disabled people weren’t worth the minimum wage, he went further and said he was looking – and I quote – whether there is something we can do if someone wants to work for £2 an hour. Surely someone holding those views can’t stay in his Cabinet.’

Conservative MP Nadine Dorries was one of the few to call a spade a spade saying that Labour was whipping up a ‘faux outrage, PC trial by Twitter.’ Lord Freud had to issue the usual groveling apology to keep his job.

The ‘colourful’ Michael Fabricant MP (who no person in their right mind should take seriously) also found himself lynched by the PC Brigade when he expressed his less than PC views about The Independent’s sanctimonious Yasmin Alibhai-Brown.

After she and Rod Liddle got into a bunfight on Channel 4 News, where she expressed her delight about being able tell Mr Liddle to his face how much she hated him, Fabricant tweeted: “I could never be on a discussion prog with Alibhai-Brown as I would either end up with a brain haemorrhage or by punching her in the throat. You can read the usual outrage – if you are bothered – here.

So on and on it goes. Ironically, even those at the forefront of the PC agenda can be caught out. It was some time back that Diane Abbott MP faced calls to resign after she tweeted “white people love playing divide and rule. We should not play their game”. She survived.

MPs should be fired for being incompetent or useless in their work, criminal, or indeed dodgy financially. But the PC Brigade want more than this. They want total obedience to PC views – or else.

What is so galling in the last week is how the PC Brigade have been extolling the necessity of having the freedom to offend while, on the other hand, they waste no time rounding on anyone who dares offend any of their own beliefs. So you can be free to offend – as long as you are willing to resign.

Unbelievably, the PC elite are even using the terrorist attacks to shut down any debate that does not fit the “we are all in this together” agenda. If anyone – as Nigel Farage did – raises issues that go beyond this, he is shouted down as a ‘making a political point’ (can you imagine – a politician being political?) and his comments being ‘sickening’. All this heretical talk will only divide us – which is what the terrorists want – so shut up.

We can expect this stench from Mount Pompous to continue for some time. I am seeking refuge.

Share
Facebook
Twitter
WhatsApp
Email
Previous articleReader’s Comment of the Day: We must debate failure of multiculturalism
Next articleDavid Keighley: The strange matter of the sudden BBC U-turn over depicting figures from the Koran