Laura Perrins: Frustrated feminists would love a night of passion with Poldark 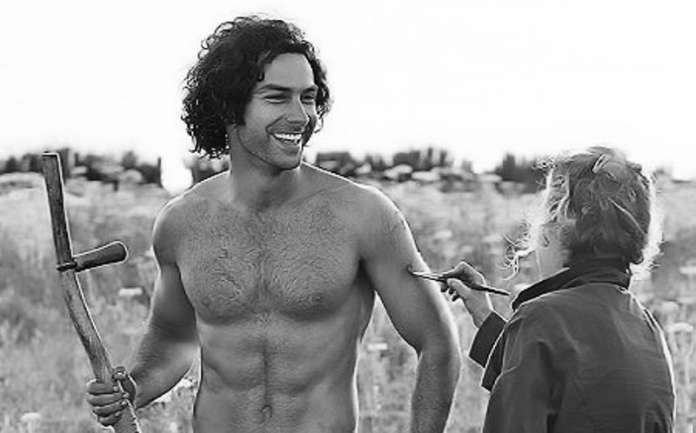 You can put away your handkerchiefs and smelling salts now Twitterati and Social Justice Warriors and stop pretending that Elizabeth Poldark did not have the time of her life on Sunday. The only reason you are so outraged over that scene is because you are jealous and envious that she got to spend a night with the brooding Poldark and all you got was microwave meal for one from M&S.

In case you missed it, some people have a bee in their bonnet over Sunday’s episode of Poldark, claiming that the hero Ross Poldark forced himself on Elizabeth after learning that she was to marry his arch enemy George Warleggen. What these lovers of outrage are ignoring is the fact that this is a work of fiction and fantasy. Once you take into account the history and context, this scene should not encourage men to attack other women.

The only reason this union of body and soul has caused such handwringing is because so many people are simply unable to relate to the characters and their past. Elizabeth Poldark has wanted Ross since she was about 17 years old. She made a hasty decision in marrying the wrong man and then had to endure Ross falling for and marrying another woman.

After the death of Elizabeth’s husband, she waited again. I hazard a guess Elizabeth is around 25 now. So, in total, she has longed to be with her first love for about 8 years. Elizabeth has already admitted to Ross that she loved him instead of Francis. To compare this consummation to some frat boy getting a first year student drunk and attacking her is ludicrous.

The truth is that these days, as no one waits for longer that about 8 minutes before jumping into bed with someone so the audience just cannot contemplate, cannot truly understand what it is like to have to wait this length of time finally to be with someone. This level of longing and wanting is completely beyond them. So the outrage is understandable, if not utterly misplaced.

In reality, Elizabeth fantasised about Ross for years only to wake up beside Francis time and again. He was a good man but not Ross. She imagined this night in her mind’s eye, never quite believing it would happen. She wanted Ross; he wanted her and he made it happen. Not since Rhett Butler swept Scarlett O’Hara up the staircase, declaring ‘this is one night you’re not turning me out’ has an alpha male taken such control. And both Elizabeth and Scarlett seemed pretty happy about it the next morning, did they not?

I would bet the house that many a SJW will be replaying that scene on iPlayer time and again wishing that some bloke will come along and just liberate her from her sad existence in front of the keyboard.

Likewise, thousands of women will trot off to the cinema next year to watch the second instalment of that nonsense 50 Shades of Grey, also featuring a dominant alpha male who likes to take control.

Not that that will ever happen, as most men today can either be divided into aforementioned boorish frat boy, or emasculated male toeing the feminist line.

These are the men, so browbeaten by the feminists that they think a night of passion constitutes asking a SJW friend ‘do you consent’ at every turn. I reckon if you have to keep asking then you are not doing it right. But then that is just me.