NewsPaperthe art of publishing
HomeNewsLaura Perrins: The gender pay gap is baloney. Most women would rather...
24

Laura Perrins: The gender pay gap is baloney. Most women would rather not run Megabank plc 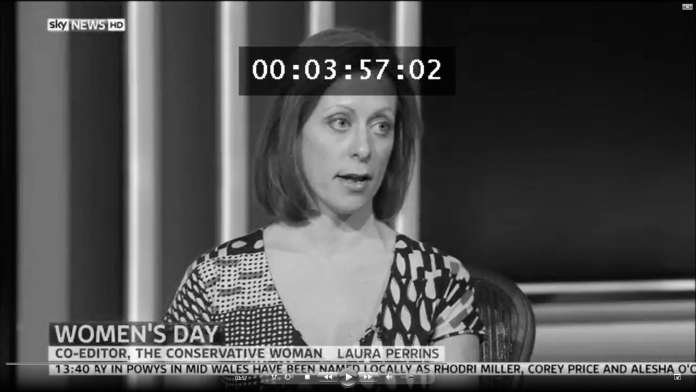 On Sunday, I sacrificed my usual roast lunch to do the rounds of broadcasting studios, attempting to explain why International Women’s Day is a load of old nonsense. It was fun but I had to face the usual lines that there is a gender pay gap and how things are shockingly bad for women in the First World.

I have written about this gender pay gap garbage before but it needs to be said again. I believe that the ‘gender pay gap’ is mostly down to female preferences for different work, and not either de jure or de facto discrimination against women on a systematic or industrial scale.

One of my opponents, a writer, informed us all that it was terrible that of FTSE 100 board members only three per cent were women  (or something along those lines). The feminists would have us believe first that this is terrible for all of human and woman kind and second that this is down to discrimination.

I am left wondering what is the net good for society of having more women on boards? Are we to believe, for example, that they will be more honest, and therefore accounting scandals at Tesco may not happen? Perhaps, but I am not convinced.

Even if there is a benefit to society, one must also consider the cost. Will it mean more children are not raised ‘in house’? Probably, and I for one believe there is greater benefit to be had if children are raised in the family instead of being farmed out. (Note: that woman Helena Morrissey with the nine children who runs Newton Investment Management has a stay-at-home husband, so I am claiming her for our side). As such, on my spreadsheet, unless these female CEOs all had stay-at-home husbands there is a net loss for society.

The bigger question though is this: is the lack of women in senior roles down to discrimination or female preferences? Herein lies the crux of the debate. I believe that it is female preference – something my feminist sisters do not accept. What irks me the most with this gnashing and wailing of teeth over the great gender gap is that it comes from the very same feminists who are writers/bloggers/journalists and so on.

But does this matter, I hear you ask; they can still make their case? Yes, it does matter. They are big hypocrites and I’ll tell you why. These writers/bloggers/journalists/gender theorists who bemoan the lack of female CEOs are themselves contributing to this shocking shortage.

They, themselves, are an example of my argument – they have exercised their agency not to choose a career CEOing and instead become writers/bloggers/journalists/gender theorists.

They chose this path because they wanted this career, and I suspect they also believe it is more worthy than slaving away in Conference Room B and sullying themselves in the heart of the capitalist machine. Ironically, or some would say predictably, their entire careers depend on this ‘gender gap’, otherwise they would have nothing to whinge and write about.

So listen up feminists warriors. If you want more female CEOs then quit the writing career, do an MBA and start the no doubt long and arduous journey of becoming CEO of Tesco. If on this journey you can give me some actual evidence of discrimination against you then please email me. Otherwise, quit your carping. There are fewer women ‘at the top’ of business because fewer women choose to get there – just like you.