Laura Perrins: Girl pursues boy across the Atlantic. Doesn’t she realise she has broken all the Rules? 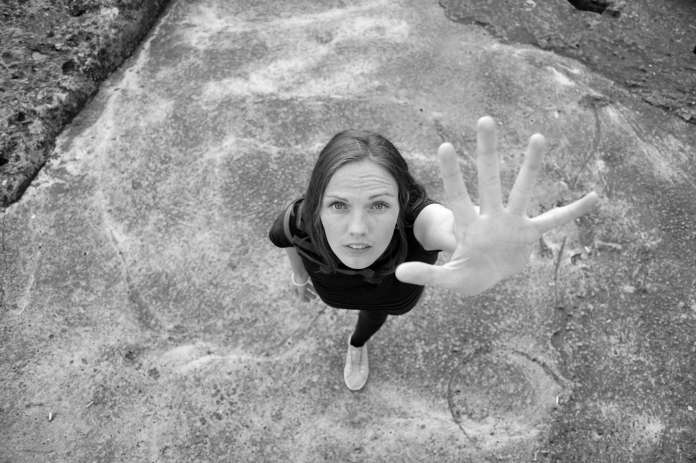 Dear sweet Lord above, what has the world come to? Heaven help us, I need to sit down! This was my reaction when I read about a truly shocking story, a story so worrying, nay, outrageous it has taken me days to get over it.

This is the story of a girl who flew from New York to London to surprise her boyfriend of eight months not only with a visit from herself, but with an a-Capella group to serenade him. What was the lovely lady thinking?

Since when, since when might I ask, did woman pursue man in this fashion? Was Alexander Kasi, 25, from London, sweet and thoughtful? Sure. Was she acting from the heart – I trust she was. Is this a huge mistake and a sign of the times? Absolutely. These days men have it too easy.

When, might I ask, was it appropriate for a woman to get on a plane and travel “across the Atlantic for 5,000 km and seven hours to spend a romantic weekend together.” We know this is what she did, dear reader, as she tells her boyfriend, and indeed the whole airport on her flashcards. Because the a-Capella group was not enough.

And in case he (and I am sure he is not) was in any doubt, emblazoned on said cards was the following: ‘I love you so much. Will you please join me? And hug me already?’

Where to start, dear reader, where to start? My much-loved copy of The Rules (published 1995) nearly burst into flames. How its authors Ellen Fein and Sherrie Schneider must weep when hearing this story.

This is a long distance relationship, so it is obvious that Ms Kasi should not be visiting Mr Suriano unless specifically invited. Instead, she ‘surprised him’ and got on a plane to visit him – a clear breach of Rule 15.

Not only that, but to make matters worse, she organised the whole weekend herself. She tells us: “Part of the surprise was me packing a bag for him and renting a car so we could drive to Essex, where we stayed at a beautiful hotel the whole weekend.

“Because he loves cars, part of the weekend surprise was to take him to drive super cars, where he drove a Lamborghini and an Aston Martin. I had also planned for a hot air balloon ride but that was cancelled due to weather.’”  That must have been a real bummer – the cancellation of the hot air balloon trip. But I am sure you got to slaughter the fattened calf in honour of young Mr Suriano instead.

When a young lady visits her suitor – he should do all the planning for the weekend. This is a sub-clause of above stated Rule 15. Keep up!

We were not given many other details about the young lovers’ courtship, but something tells me she stays on the phone longer than the regulatory 5 – 10 mins (Rule 6 Always end the phone call first). There may even be some over the top gestures when it comes to gift giving (Rule 17). It just goes on and on.

I don’t know about you, but I do not see this ending well for Ms Kasi. I suspect such eagerness may eventually prove to be a turn off for the boyfriend. I think it is safe to say the trill of the chase has been neutered. In fact the gazelle has turned around 180 degrees and savaged the lion. Truly – watch the whole video and you will see what I mean. A sight for sore eyes.

If these are the type of lengths young women are going to while dating young men then we might as well pack up our bags right now. This was not how it was done ‘back in the day’ and we all know how much better things were ‘back in the day.’

Women did not show their hand so openly and so soon. It was the man who did the hard work of capturing his intended’s heart, not the other way round. I reckon Cupid has been mugged and slaughtered with this own bow and arrow.

It may happen, it is unlikely, but it may happen that Ms Kasi and Mr Suriano will eventually marry. In which case Ms Kasi should at least bear in mind Rule 44 – Even if you are engaged or married you still need the Rules. Better late than never!

Share
Facebook
Twitter
WhatsApp
Email
Previous articleKathy Gyngell: Meet Harriet and Co. We name the guilty women destroying Labour’s working class base
Next articleReader’s Comment of the Day:  We have fallen out of love with the State