NewsPaperthe art of publishing
HomeLaura PerrinsLaura Perrins: Government does not help the middle classes. It screws them
66

Laura Perrins: Government does not help the middle classes. It screws them 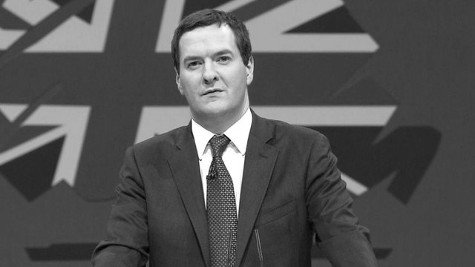 It has occurred to me that Britain is not family friendly. The country, or at least this Government, just does not want to make things easy for families – at all.

I could not believe what I was hearing. I don’t want to be looked after by the government. I want to look after my family, and they me – within in a system of governance that does not make this impossible.

When people talk about having a family-friendly policy this is a weird mix of either selling you parental gadgets you do not need, or slightly patronising you with saying how we all admire the mums, what with their mummy ways etc. But, talk is cheap. The fact is Britain is punishing families.

First, we have the cost of housing, which is ridiculous in every category. From social housing to middle class family homes in London, renting or buying, the price of putting a roof over your family’s head has been rising year on year.

Even if you manage this, usually with the help of two salaries, the tax burden is heavy. Childcare is expensive despite vast subsidies. If you sacrifice a salary to raise your own children, well, as we have documented time and again, the government will hit you with an even greater tax burden and give you a verbal slap across the face to boot.

But, say, you are an average middle class family and have been one of the ‘lucky ones.’ You have worked very hard and have a couple of ankle biters. Trying to make the next move is incredibly difficult. If you resolve to move out for more space you accept the commute is longer. Now, this is not some small detail but a huge cost on family life.

It would be one thing, however, if the commute was reasonable in terms of time and expense. But it is not. Witness an account from Jane Kelly on how ludicrous the transport system is to Oxford. The fact is for most one-hour commutes you can add another thirty minutes at least should a single leaf have the temerity of landing on the line. The season ticket price is astronomical and all for the pleasure of standing nose to armpit with some other hard pressed taxpayer for the best part of an hour. You are better off staying in London.

In sum it is laughable to believe the government is there to help – even if you wanted them to be there – which I don’t. Everywhere you turn, it is there to clobber you should you try to get on.

Move house – don’t forget the stamp duty, the killer commute and your new extortionate train season ticket. Get a raise after slogging your guts out? Expect 40p to be taken out of every extra pound you earn. Oh, and you can hand back your child benefit while you are at it.

And they talk about ‘tax give-away’. That money is mine to begin with! I earned it with my labour and now I am giving to you, not the other way around. Goodness, it is enough to make you want to emigrate.

Share
Facebook
Twitter
WhatsApp
Email
Previous articleKaren Harradine: Corbyn is soft on the anti-Semitic tide coursing through Labour
Next articleKathy Gyngell: BBC complaints system could have been dreamed up by Kim Jong-un