Laura Perrins: Huskies, gay cake, and tax handouts for unskilled immigrants. All thanks to the new kings of England 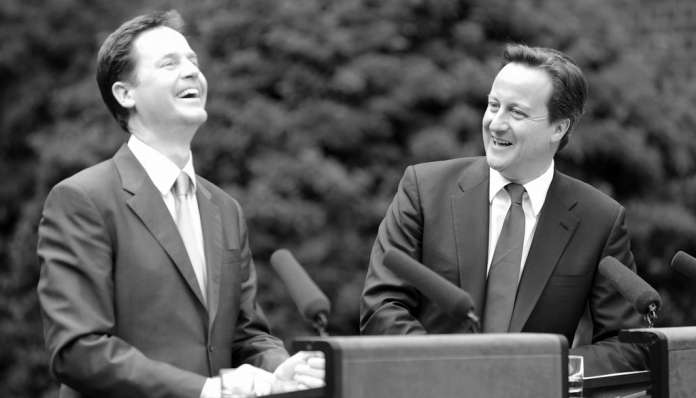 We have all played that game ‘If I were King I would do.’ It is the more sophisticated version of ‘If I won the Lotto.’ Instead of just buying lots of stuff, in if ‘I were King’ you get to do lots of stuff, and impose your will on the world. All those niche areas you believe in suddenly become policy without the consent of the people when you are king.

Kings rule by fiat – not consent. In a democracy we have the illusion of the elite representing our views, but in vast policy areas this is not reality. The political parties campaign on major policy areas, but once in power they seem fixated on discrete but important changes, especially to social policy. As they push through more and more pet projects they get further and further from the real issues that matter to voters.

The ruling elite, both the Conservatives and Labour, are busy scratching their heads as to why the hoi polloi are so disenchanted with their rulers. Immigration is a key concern, but this is just the tip of the iceberg.

What the voters are really saying, I believe, is that something is not right. They are saying, ‘This is not what I signed up for.’ They may express it in broad terms such as, there are too many immigrants, but it is more than that. These voters believe they are living in another country.

We got to this sorry state of political affairs because the ruling elite have been governing as kings. They pursued niche agendas at the expense of the bigger picture. This was fine, of course, when the economy rocked on, but when the whole thing came crashing down, the self-obsession of the ruling class was brought into sharp relief.

Let’s take the example of the absurdity of the European Union. What started out as a fair enough proposal for the free movement of workers across the EU has now morphed into a system where the British taxpayer tops up the low wages of foreign employees.

It is not the workers’ fault. It is the fault of the ruling class who implemented the system whereby unskilled minimum wage workers from the EU can double or triple their wages and the British taxpayer will top up their income with a benefits/tax credit subsidy as well. The British taxpayer may even pay child benefit to Polish children living in Poland. The voters did not consent to this madness.

David Cameron, before becoming PM, leapt aboard a husky-powered sled to visit a remote Norwegian glacier to ‘see the effects of global warming.’ Once he became PM a number of ‘climate change measures’ were introduced, which had the unfortunate effect of pushing up the electricity and gas bills of the ordinary British voter. But this is what happens when you play the, “Now I am King” game for real.

One of Cameron’s seminal moments was, “If I were King I would spend an inordinate amount of Parliamentary time redefining marriage.  When I finish I will eat lots of pizza and ice-cream at a gay wedding and fly the rainbow flag from government buildings. I can do this – because I am King!”

Now, it may be the case that lots of people have no problem with this, but I am pretty sure that they do have a problem with gay marriage being used as way to hammer home the progressive liberal agenda on any dissenters. So Christian bakers who refuse to bake gay cake must be run out of town – or at least forced to pay compensation for holding fast to their view that marriage is between one man and one woman. It is pizza, ice-cream and gay cake for all – or else!

This is followed by the unbelievably patronising mantra that school-children must be “prepared for life in modern Britain”. We all know “modern Britain” means whatever the ruling elite want it to be.

This could be the binge drinking, scantily clad, and falling down the escalators modern Britain. It could be that questioning climate change means you are an “extremist”. It could be that adhering to a child-orientated view of marriage is not living in modern Britain. The test, now administered by Ofsted, is meaningless but very dangerous dross – a power grab by those who get to be king everyday.

Huskies, gay cake, malleable terms such a modern Britain, as well as soaring electricity and welfare bills. This is what the British voters have been subject to by those who like to play at being kings. No wonder many believe it is time for the guillotine.

Share
Facebook
Twitter
WhatsApp
Email
Previous articleRev Julian Mann: Do not worship false gods, even if they are the flag of St George
Next articleAndrea Veitch: Immature self-obsessed feminists must widen their horizons to create the good society