NewsPaperthe art of publishing
HomeNewsLaura Perrins: I prefer President Underwood. Unlike Dave he doesn’t do free...
3

Laura Perrins: I prefer President Underwood. Unlike Dave he doesn’t do free stuff 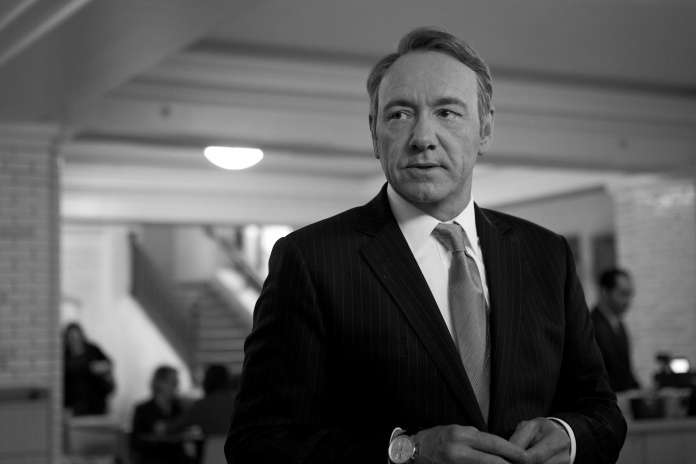 So now we know that David Cameron is certainly not House of Cards President Frank Underwood. Instead of standing before the electorate telling us ‘you are entitled to nothing’, he has said instead – here have all the stuff.

God like, he believes the government can guarantee the ‘good life for all’, instead of creating the conditions where families can strive for this themselves.

The manifesto has plenty of stupid ideas such as the pledge to pour £8 billion into the NHS, and extending the right to buy (sorry fellow conservatives but I don’t think this is a good idea in current housing conditions).

I believe I am right in saying that the 15 hours of early years education, as it was once known, for 3 and 4 year olds that all children benefit from remains, but those with working parents get an extra 15 hours on top.

Yipee, I thought, our family is a working family. Not so fast – it only applies to dual-income families. Those families who sacrifice a salary to stay at home have nowhere to go.

This is classic middle class welfarism. It is silly and stupid economics for the following reasons:

1)   It will only reduce the cost of childcare if the providers pass it on in full. This is not guaranteed.

2)   Schools run nurseries for all children. They will now have to separate out the kids of double income families from single income families for the extra 15 hours. This will seriously compromise cohesion within the school community.

3)   James Kirkup at The DailyTelegraph is happy. He says it is right to recognise the new reality of children in institutional care and it is ‘good politics.’

It probably is good politics but it is rubbish for children and their families who have to spend long hours in institutional care.

Kirkup tells us what we have long suspected. “Even though the party’s leadership believes that it would be a good thing, economically and socially, if more women with children were to work, Tories have been wary of making that case.”

He goes on, “the reason for the caution is the party’s attachment to the notion that mothers should stay at home with their children instead of working.”

Ah yes, this  odd notion that pre-schoolers, (pre-schoolers, people) should spend most of their time with their mothers. What an odd ‘notion’. Where did we get such an idea?

It is not a notion plucked from thin air, James. It has been around for quite some time. Some people think it is part of their value system – to raise their children themselves, and not to have them  doing very long hours away from their mothers. Notion indeed.

4)   I doubt the cost will be covered by the pension relief cut so it will add to the national debt. It is a classic electoral bribe by a bunch of numpties too afraid to tackle the real issues.

5)   This is not even balanced out by expanding the transferable tax allowance.

For all of the reasons stated above, I will be voting for Frank Underwood.

Share
Facebook
Twitter
WhatsApp
Email
Previous articleTamara Chabe: Capitalism not Marxism is the best antidote to racism
Next articleKimberly Ross: British elections are so much more polite than their mudslinging American equivalents