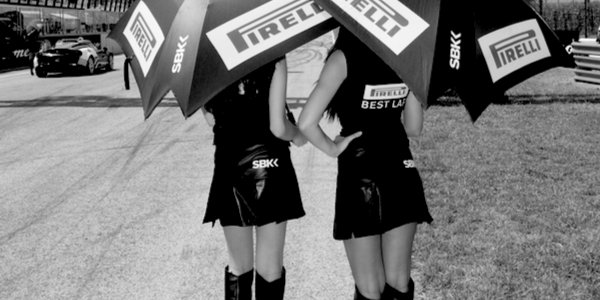 Dr Catherine Hakim is a pioneering British social scientist and author. Currently, she is Professorial Research Fellow at Civitas, the London think tank. From 1993 to 2012, she was Senior Research Fellow at the London School of Economics, then at the Centre for Policy Research in London and the WZB social science research institute in Berlin. She is also author of Honey Money as well as Key Issues in Women’s Work. Her new book New Rules, Economies of Desire is out now.

Laura Perrins: Dr Catherine Hakim, many thanks for sharing your views with us on modern feminism. A good place to start would be your book, Honey Money, which caused quite a stir when published. Can you give us a quick summary?

Dr Catherine Hakim: My book demonstrates that physical and social attractiveness (what I call erotic capital) is increasingly important, and valued, in modern liberal societies, due to changes in the social and economic environment. Men and women with good looks and a pleasant manner earn between 10 per cent and 20 per cent more than others, on average, and there are plenty of social benefits as well, not only in dating and mating, but also in the workplace and all areas of public life. People remember good-looking people, and remember them in a positive way. They are more helpful to them, are more persuaded by them, assume them to be more competent and clever. So good-looking men and women attract more supporters, clients, customers, friends, and voters. They sell more goods and services. They are more successful, in all areas. As societies become more wealthy, they spend more on luxuries, and beauty is one of the most popular luxuries – whether it is the beauty of an elegant car, or an attractive person.

L P: What do you make of the #MeToo movement? Is it necessary cultural change or will there inevitably be over-reach, and a broader attack on men and women and heterosexuality as a whole?

C H: It started as an anti-sexual harassment movement, as a result of the Harvey Weinstein revelations, but has widened to become a means for women to present all their complaints about everything. Since women generally have less of a public voice, it has helped women express their gripes. But it has ended up too open-ended to have any proper focus now, and will soon die out. One of the things it reveals is that women in the Western world are often staggeringly incompetent at dealing gracefully with men’s clumsy efforts at seduction and flirting, and are not competent at dealing properly with men who are sexual predators. Unfortunately, these two groups of men have been conflated – sexual assault is very different from clumsy seduction. There are now websites teaching men how to proceed with grace!

The recent decision by Clare Gannaway to remove the J W Waterhouse painting of Hylas and the Nymphs from Manchester Art Gallery, in response to the #MeToo debate, is yet another example of the Puritan anti-sex and anti-sensuality perspective which is now censoring all communications, and even our attitude to art works. The myth depicted in this painting shows women as seductive predators, not as victims! Politically correct censorship of this popular painting is indefensible, intellectually and socially. Art gallery curators cannot dominate interpretations of and reactions to art, whether shown or censored.

L P: To me, the feminists want to have their cake and eat it. They want women to be treated as independent, responsible adults whose decisions about their lives should be taken seriously. This includes having, for instance, sexual liberty on the same terms as men. Yet at the same time they shame a comedian for admittedly being a jerk, but certainly not committing any offence. Is there any coherence to the movement?

C H: Absolutely not. All women are feminists, in some sense, but the feminist movement reveals the enormous diversity of perspectives among women, with no single aim agreed by everyone. Unfortunately, radical feminists pretend to speak for all women, and they are often anti-sex, puritan people who find fault everywhere, and demand that the whole of society be re-organised to conform to their new ‘feminist’ ideology. Although they are dominant in academic circles, they have few adherents outside academia.

The bad date with Aziz Ansari is a classic case of a woman who set out to seduce a famous man, successfully, then being incapable of saying no gracefully when she changed her mind. By her own account, she gave Ansari no proper indication she did not want to proceed, and telling her girlfriends after the event that she had been ‘uncomfortable’ is no substitute for dealing with the situation herself, responsibly, as an adult, at the time. She set out to seduce him, so it was reasonable for him to assume the door was open to him. This is not sexual assault. It is a classic case of mauvaise foi. Also childish.

C H: There is general agreement that beautiful women are vastly more attractive to more people than are beautiful men. So it is not surprising that they are often included in leisure and sporting events, to add beauty to otherwise rather boring activities, such as darts! And of course they are routinely included in advertisements for everything from car oil to widgets as well as clothes and hair products. However Western society has developed a strong ideology against beautiful women exploiting their erotic capital, whereas no one has any objections to men doing the same thing – such as David Beckham earning millions from modelling. Female models are treated as nitwits, while male models are treated as adults who know what they are doing. Mauvaise foi again. There is a whole chapter on this in my book.

L P: Where is all this going? Maybe the feminists will build the conservative society I have always dreamed of?!

C H: The current social movement against sexual harassment, and also against every form of flirting and seduction, is not led by feminists specifically. Most of all, it demonstrates the power of the internet and social media to create new social groups, on a global scale, to address niche ‘problems’ or interests or activities. I am looking at all this closely in my next book, on Sexual Politics in the Internet Age, which is not yet finished.

L P: By the way, do you do TV or radio at all? I think your subject is very relevant right now.

C H: I often do TV and radio. On Sunday morning (4 February), I am on a panel discussing gender equality on the BBC 1 programme The Big Questions. The question is ‘Are women holding themselves back?