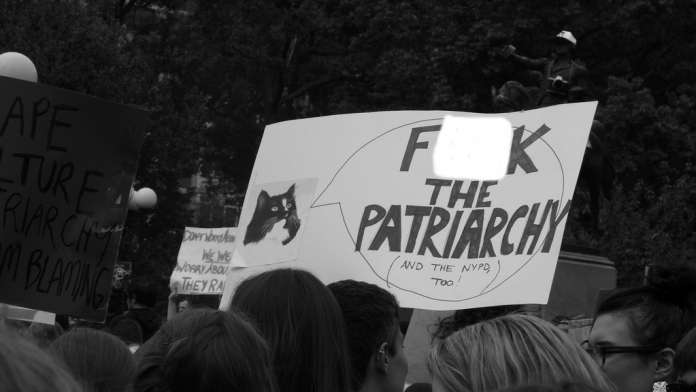 Steven Goldberg, now retired, was chairman of the Department of Sociology at City College, City University of New York for twenty years. His books include Fads and Fallacies in The Social Sciences (Prometheus/Humanity), When Wish Replaces Thought (Prometheus), Why Men Rule (Open Court), and The Inevitability of Patriarchy (William Morrow). His Mathematical Elegance was recently published by Transaction.

Laura Perrins: Steven Goldberg, thanks for sharing your thoughts with us. I read your book Why Men Rule, an updated version of The Inevitability of Patriarchy with fascination. Our readers can read about the basics of your theory here on your website.

First, can you define what a patriarchal society is for our readers?

Steven Goldberg: Thank you for asking me to do this interview. Sure. Patriarchy is a societal leadership apparatus (government) in which the head is overwhelmingly often a male and in which—when there is an (exceptional) female head– she is surrounded by males.

Of the thousands of societies—past and present—on which we have evidence, not a single one has failed to be patriarchal. Patriarchy is universal. There has never been a “matriarchy” or “equiarchy”. I have examined the ethnographies of the fifty or so societies claimed—by one who clearly never consulted the original ethnography—as an exception. Never has an ethnography even begun to support the claim of exceptionality.

SG: Universality does not, of course, necessarily demonstrate inevitability. Two hundred years ago it was universal that no society had automobiles.

But the cause of male and female tendencies is not technological. When every society, from the Jivaro to the Mbuti to the Japanese to the American to the Inuit, etc., etc. exhibit the same manifestation of sex difference, we must allow for the possibility that the social manifestation of male-female differences are inherent in maleness and femaleness.

In short, we can refer to this as a greater male “aggression” (as in “he’s an aggressive businessman”), though a more accurate description is “a lower male threshold for the release of dominance behaviour”.

We would suspect this merely on the basis of universality, even had we no direct psychophysiological evidence. But we do have a huge amount of such biological evidence, though it is not possible to reprise it here.

A simple but crucial point to keep in mind when discussing male-female differences: With the rare exception (the ability to give birth or having a prostate), such differences are statistical, not absolute. A woman who is six feet four inches tall is tall; she is not short because men are taller than women. We realise that the belief correctly reflects the reality that men are on average taller and that the overwhelming number of very tall people are male.

The sexual psychophysiological differentiation results, on average, is a stronger male motivational, a stronger need to attain position. This motivation, incidentally, makes men better at attaining position, not doing a better job when in it. There are women with an equal motivation (as there are tall women). They, on fairly rare occasions, gain the highest position in some societies. But there is no reason to believe that these women do a better job than men because their motivation is like the men’s. It might be that the average woman would do a better job, but she, like the average man, won’t attain the position.

LP: So if I understand correctly what it means is that men hold the majority of positions of power – what they do with that power is a different argument entirely? A patriarchal society can be oppressive to women or support their interests?

SG: Yes. In the case of some pre-modern societies women were “oppressed” whatever the definition. In others, women were treated very well, differently but equally. Of course, if one defines patriarchy as oppressive just by being patriarchy, then one will conclude that patriarchy is automatically oppressive. But this definition includes its conclusion.

LP: As you explain above, patriarchy is where men are in the majority of public positions of power due to motivation but not ability. This has little impact for instance on maternal work patterns. There is still room for a huge increase in female employment and even maternal employment in particular within your theory?

SG: Certainly. There is, as you say, certainly still room for general female employment and female employment is increasing tremendously rapidly. Whether this is “good” or whether it is better for women to devote their time and energies to the maternal role is, of course, a subjective choice. Today this ideology tends to hold sway and pictures the fifties as a time when women were desperately unhappy and dying to have jobs.

I was there in the fifties and this is nonsense. Every ideology and value system supports itself with the claim that those living under a different ideology or value system are unhappy. This is rarely true because, in general, people’s satisfaction and happiness is derived from successfully meeting their societies’ demands—whether it is the fifties or now or another time in another society.

I see no reason why there cannot be equal pay for equal work for women. I think the time is near. However, the CEOs of Fortune 500 companies will always be primarily men for the same reason that heads-of-state will be. Though, interestingly, in modern societies the degree of patriarchy, while still very significant and attested to by government departments for ending discrimination against women, is considerably less overwhelming than male dominance of high corporate positions. This may be a sign that economic leadership is becoming more important than political leadership.

LP: I think you also say in your book that, in fact, your theory could be used to bolster the feminist case for female quotas in Parliament or on company boards etc.? Is that why we are seeing such a huge push for this, government imposed gender parity. You know without government fiat, parity will not happen?

SG: Legal or governmental action is the most likely, though still unlikely, way to increase female presence in government. A required percentage of women in parliament, for example, would have this effect. That such a law tells women whom they can’t vote for is interesting. (Such a law is based on women too often favouring men.)

LP: The truth is you are just a sexist so-and-so?

SG: I’ve been hearing this for forty-five years. But evidence is evidence. I take no political position in anything I write.

LP: As you know we have a female Prime Minister, and Angela Merkel is seeking another term in Germany. We are also told that with the change to the working environment there will be The End of Men. Do you really think your theory will still hold in 50 years’ time?

SG: Yes. I think it will hold as long as men and women are built differently. I think there will be some diminution, and perhaps an occasional, temporary exception (as in Rwanda, where genocide has drastically lowered the number of men), but patriarchy will remain. The heads-of-state you mention are examples of exceptions I discuss above. They are exceptions in their countries and are surrounded by males.

LP: Just finally, I am also broadly familiar with the work of Catherine Hakim who discussed your book in Key Issues in Women’s Work and also developed her own preference theory, put very simply, in that fewer women chose high status/pressure/powerful roles. There are a minority (about 10 per cent who do) but the rest will pull back in some capacity of their own choice. I do not see how this is inconsistent with your theory – you simply explain why men and women make the preferences/choices Hakim talks about?

SG: Yes, my theory is entirely consistent with Hakim’s. It explains why women make different choices than men do. Hakim, incidentally, favours my theory over those of Nobel Laurate Gary Becker and Heidi Hartmann for Occam’s razor reasons. My cause—psychophysiological differentiation—is a single cause present everywhere. Social and economic theories come up against the reality that these factors differ greatly in different societies and the social and economic theories must, unconvincingly, adjust themselves to each society. Many thanks for asking me to this interview.