NewsPaperthe art of publishing
HomeNewsLaura Perrins: Janner’s prosecution is a witch-hunt and a colossal waste of...
49

Laura Perrins: Janner’s prosecution is a witch-hunt and a colossal waste of our money 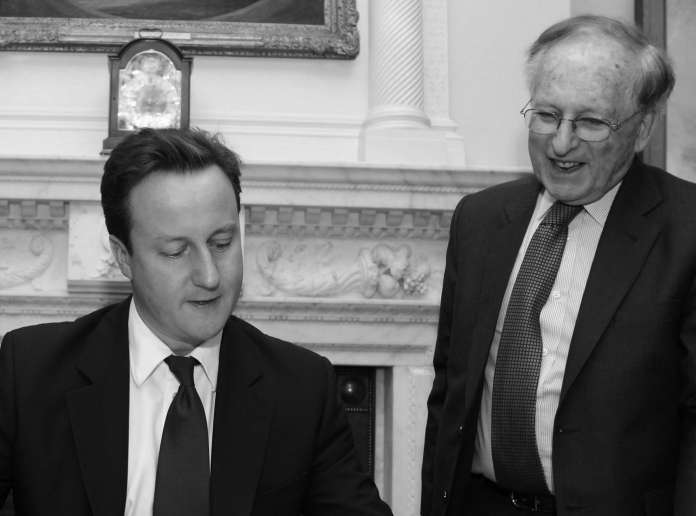 Dear conservative brothers and sisters. Are you sitting comfortably? Are you ready to witness one of the greatest show trials of the decade?

If so then plump up your cushions and get ready for the ‘prosecution of Lord Greville Janner’. It shall be a feeding frenzy like no other.

Earlier this year, the Director of Public Prosecutions Alison Saunders found that although there was sufficient evidence to prosecute Janner for alleged serious sexual offences, as there was undisputed medical evidence that Janner was not fit to stand trial – because of dementia – it was not in the public interest to prosecute. In sum, a criminal trial could not occur because of Janner’s dementia.

Upon review by David Perry QC, it has now been decided that there should be a prosecution, although in truth there is little disagreement with Saunders’ decision.

The review agrees ‘that although there is sufficient evidence to prosecute, it is right to assume that Greville Janner will inevitably be found unfit to plead and therefore not fit to instruct his legal team and not fit to challenge or give evidence in a trial. Therefore, the most likely outcome of a “trial of the facts” would be an absolute discharge, which is neither punishment nor conviction.”

So I ask, if the review agrees that there will be neither conviction nor punishment what is the point of having the lesser procedure, a trial of the facts, at all? The only point is to simply bow to public and political pressure and use the criminal courts as a therapy session for complaints.

I know many conservatives may be overjoyed that the Saunders decision has been overturned. However this would be wrong because we conservatives should hold the rule of law higher than the urge to have a media stoked witch-hunt – no matter how vile the allegations might be.

What we will now witness is the ‘trial’ of a senile octogenarian unable to understand the case against him, unable to instruct his lawyers, and unable to offer any evidence in his defence. It is questionable whether he will even be able to attend. Sure, we might as well just throw him in water and see if he sinks or swims.

This prosecution is a colossal waste of money. Clearly something went wrong with the Crown Prosecution Service in that it failed to bring charges when Janner actually could receive a fair trial. Now that he can no longer be tried this public money would be better spent finding out why and who failed to prosecute.

This decision represents a low point in British justice. It is a grim business indeed.

Share
Facebook
Twitter
WhatsApp
Email
Previous articleLaura Perrins: Gay marriage has been imposed on the US by unelected judges
Next articleReader’s Comment of the Day: The Tory establishment is in bed with the BBC