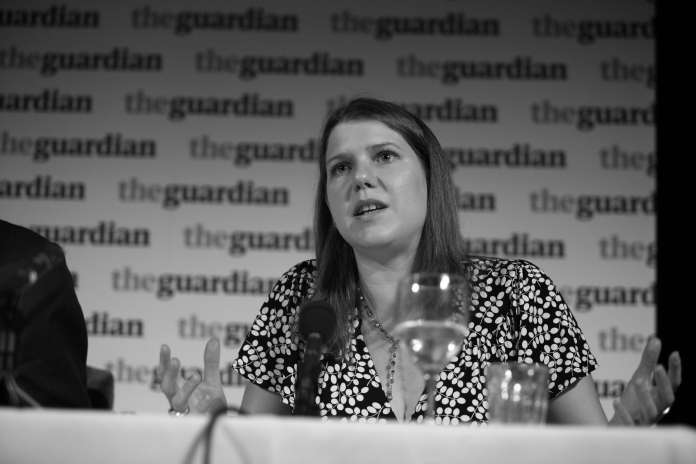 Jo Swinson, Liberal Democrat equalities overlord, has been on the soapbox again, dedicating her time to destroying Britain’s small businesses. Truly, I tell you where would we all be without the crazy Lib Dem spending sprees such as the disastrous school lunches plan? The latest extravaganza is to extend paternity leave to new fathers to six weeks.

Ms Swinson, back from maternity leave herself, to return to her incredibly important job of adding to the national debt, told us that fathers need six weeks paternity leave because, as always, it will improve “equality in the workplace” and “it is a nonsense to think it is only the mother’s job to look after children.”

In fact, Ms Swinson once said the following when a female councillor told her to get a baby-sitter: “It wasn’t very realistic, because at their age, babies are feeding constantly… You’re just living hour-to-hour: feeding, nappy-changing, then rocking them to sleep. Newborns work on a two-hour schedule and then you have to do it all over again.” No, it is not very realistic or humane to expect mothers to be separated from their infants. I am glad we all agree on that.

The obvious point, however, is that thankfully, thus far, it is not proposed that the parents must choose who takes the leave – mum retains her maternity leave, but dad gets this extra 4 weeks off, giving him total of six weeks off work. Party on, I hear you say? Well yes, if you are not the one paying. But that is not how the world works.

Can someone please explain to me, how we can ask a small business or the taxpayer or combination of the two to pay for dad to be at home when mum is already there caring for the newborn infant? What, pray tell me, will dad be doing?

Now don’t get me wrong. I am a mum of two with a third on the way and it is great to have dad around for the two weeks post birth, to bond with baby and support mum while she does the primary caring (not, to supplant her, important distinction there). Mind you, husband is self-employed so even this two weeks is entirely at our own expense.

However I would not dream of expecting others to pay for what is the luxury of having dad around for a further full four weeks. If this occurred I would have a list of home-improvement chores drawn up as along as my arm but again I would not expect anyone else to pay hubby to be at home while he carried out these much needed repairs.

One way to destroy jobs, cut growth and hurt families is to burden small business with exactly this type of unjustified and probably uncosted regulation. This will make businesses even more cautious when it comes to hiring new employees. It is outrageous that any political party would consider punishing families and small businesses in this fashion. But that is the Lib Dems for you, the craziness continues.

Share
Facebook
Twitter
WhatsApp
Email
Previous articleKathy Gyngell: English children among the unhappiest on earth. No wonder with the State as parent
Next articleDavid Keighley: Is Rona Fairhead’s likely appointment as BBC chief another inside job?