Laura Perrins: Johnson’s crime is the child of feminist propaganda 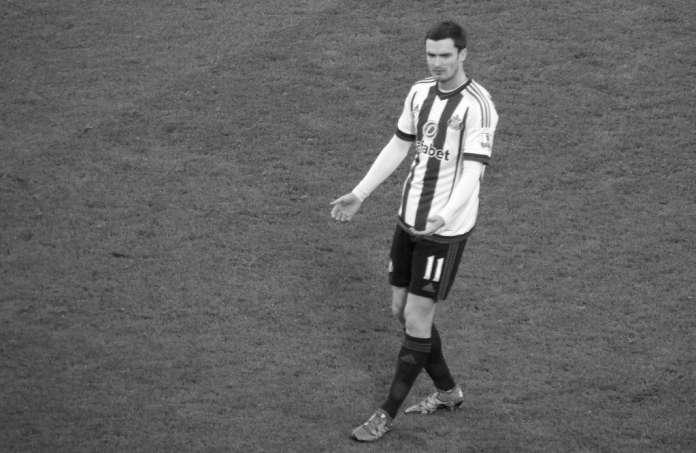 Goodness, gracious me this Adam Johnson trial is giving my brain a real work out. It feels like I have stepped back into Victorian times, what with all the morality lectures jumping from numerous comment pieces.

The hypocrisy – that lovely, sticky, hypocrisy drips from every corner. The Crown, puffed up with the pride of the Puritans, announce on the steps of court that the law applies to everyone, and you cannot get away with breaking the law even if you are rich and famous.

No Sir, you have to be a member of an ethnic minority group living in Rotherham, making 13-year-old girls pregnant, subjecting them to back street abortions and inflicting violence upon them while they are being gang raped, for the authorities to look the other way (until The Times calls a halt). But if you are a white footballer? Your number is up.

Now, let’s be clear, as a man Adam Johnson is morally bankrupt. He had affairs on his then pregnant girlfriend, and picked up women after training, to have sex with them. ‘He feels he is entitled to sex,’ our Victorian prosecutor announced to the court.

And whom, might I ask, gave him such an entitlement – why the promiscuous adult consenting women who were willing to have sex with him just because he was a footballer, that is who. And the feminists that told him that as women want to have just as much sex as men, and were no different from men in their sexual drives, then he should indeed feast at the all you can eat buffet as long as everyone is ‘safe and healthy.’

The fact that these previous adult consensual sexual acts were held against him in court will no doubt be a point of appeal against this ludicrously over the top sentence of six years jail.

But then he stepped over the very thin line. He ‘groomed’, namely pursued, this 15-year-old girl through social media, kissed her in his car, and performed a sex act on her and for this he has paid the price. Usually 15-year-olds are repeatedly referred to as ‘young people’, but suddenly they are transformed back into the children when it suits the feminist narrative.

Johnson should not have done it, but for him not to have done it a man must be taught to exercise self-control, self-protection and even chivalry. The feminists destroyed sexual morality and chivalry years ago, and then damn a man who fails to exercise it. They prepared the noose and he willingly wrapped it around his own neck.

For mothers concerned for their children, the message is clear – lock up your sons. It is time to start parenting again. Historically, advocating sexual control was done in order to save souls and morals but if parents start doing it in order to protect their sons then I will settle for that. It is time to take out the computers from the bedroom, limit access to the iPhone and impart some parental wisdom along the lines of counselling against sexual promiscuity with women you do not know.

Perhaps we will see a return to social conservatism through strange means and the cautionary tale of Adam Johnson.