Laura Perrins: Lib Dems cannot run the country so they jump on our families instead 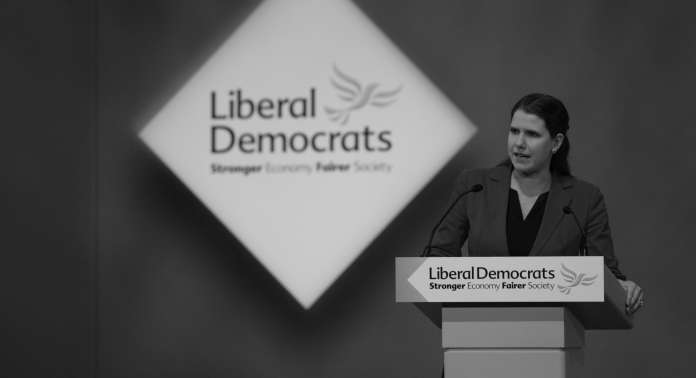 Sure aren’t we just blessed, I tell you blessed to have the new Oprah Winfrey of life advice, the Lib Dem sisters Miriam Clegg and Jo Swinson. Miriam tells women that their most important life decision is whom they will marry and have children with. Gosh – what fantastic advice. All along I thought picking up a husband was like picking up a toaster. Who knew?

This does rail against the feminist and middle class tendency, to make sure our darling girls focus exclusively on which university they attend followed by which profession to enter.

These are important decisions, do not get me wrong but if we as parents were to put half, just half, the energy into guiding and advising our daughters on what makes a good husband as we do on what makes a good university degree, perhaps there would be a lot less heartache and miserable failed IVF attempts at 40 – when one has wasted one’s time with frat boy for the last 10 fertile years of one’s life.

So for once I agree with Miriam – young ladies, get the engineering degree but give some thought to whom you will marry. It does make a difference.

And then there is Jo Swinson. I have blogged about Ms Swinson before but every time I hear her she seems to inhabit some Downton Abbey world where men have no involvement in ‘the childcare’ (must say childcare and not raising children – as childcare is the short straw, remember, and a chore like any other).

On Woman’s Hour yesterday, she said how important it is for dads to bond with their new baby – and who, might I ask, ever questioned this? Oh, it was the feminists such as Harriet Harman who said fathers are not that important to families and the Liberal Democrats themselves who whole-heartedly support a tax and welfare system that punishes two-parent families, especially married ones. Married two-parent families are the worst, the pits to the liberal progressives.

Anyway, as I said before, I don’t know where Swinson lives but you cannot swing a cat down our way without hitting some dad with his baby strapped to his chest, my hubby included. Not that I want to hit him with a cat mind you, or indeed anything. He works all the hours God sends but like every other father I know still manages to bond with his children, who adore him.

But in Swinson-land this seems a novelty. There she was on Woman’s Hour telling us all how nice it is to have someone else to hold the baby. Sure – but I don’t think this should be government policy. Goodness, I can see it now – Lib Dems to introduce baby-holding allowance for all families.

For the Lib Dems the issue with dad involvement ‘in the childcare’ is not that they care about child development or indeed the dads themselves. What they want is for dads to take the role of mum in caring for newborn and young infants so mum can go back to work as soon as possible after birth (preferably from the labour ward). In all likelihood dad will go back to work after his paternity leave, which means junior can look forward to doing some serious time in a nursery.

They do not tell you this because it does not sound as fluffy as ‘promoting paternal bonding’ – but this is the result of Lib Dem thinking and policy. Very young children clocking up to 10 hours a day in nursery care. Not much paternal or indeed maternal bonding going on there.