NewsPaperthe art of publishing
HomeLaura PerrinsLaura Perrins: Marry the right sleazeball and you can be President of...
21

Laura Perrins: Marry the right sleazeball and you can be President of the United States 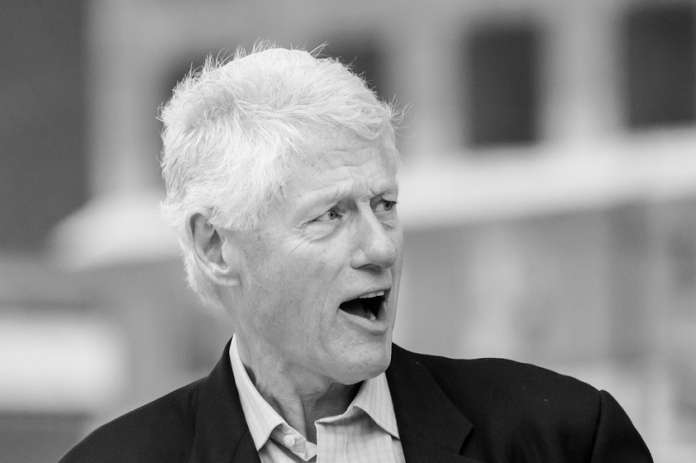 How long are the deluded 1960s feminists going to keep this up? When the Democrats nominated Hillary Clinton we were told this is the first time a woman has been chosen to run for President of the United States. It is all so fabulous!

H Clinton once described marriage as an institution similar to that of slavery or life on an Indian reservation. I’d call that ungrateful – she has done pretty well out of her own marriage has Hillary.

Mind you Hills did have to put up with all of Bill’s philandering, and cover up for his alleged sexual offences upon numerous other women. I guess they did not have campus consent classes when Bill was at university (including Oxford) but he did manage to dodge the draft while there. (The draft is for poor people remember?)

Way, way back in 1992 Pat Buchanan in his famous Republican convention speech saw this one coming. He referred to Bill Clinton on more than one occasion as “Clinton and Clinton” (as opposed to Clinton and Gore the Vice Presidential nomination) pointing out that Bill himself said a vote for Clinton was a 2-for-1 deal: one vote and you get Bill and Hillary, ‘his lawyer wife.’

We had Clinton Part 1 and even though Obama caused an unforeseen delay in Clinton Part 2, Hilary was never going to be robbed of her ‘entitlement.’ So here we are, buckle up, it is going to quite a show.

What is clear, however, is that even if the BBC is fooled by this nonsense, the Millennial feminists, who will believe almost any fantasy from the mythical rape culture on campus to the statistically dodgy gender pay gap, are not fooled. These feminists overwhelmingly favoured Bernie Sanders.

Hillary of the House of Clinton (her full title) wants to offer Americans “hope over fear.” I thought Obama’s hope and change was going to set the world to rights but I guess one can never have too much hope.

Hope is a nice vague political term robbed from the Christian virtue of hope ‘by which we desire the kingdom of heaven and eternal life as our happiness, placing our trust in Christ’s promises and relying not on our own strength, but on the help of the grace of the Holy Spirit.’ I think our special snowflakes on campus refer to this as ‘religious appropriation.’

Ironically, it seems that one must travel to the ‘old world’ of the aristocracy, the mother country of Britain, to find a female Prime Minister who did not have to wait for her husband to become PM before her to smooth her path. You have to look to the conservatives to find two women who held the highest office in their own right and on their own merit. Better luck next time to the American sisterhood.